The Fed Euphemism for “We KNOW It’s a Bubble!”: “Financial Imbalances”

The Fed never simply says what they mean. They are the financial bull in the world’s economic china shop, and they’re acutely aware that every word they utter is parsed, analyzed, and fretted over nine ways to Sunday.

Which is why it is noteworthy that even uber-dove Lael Brainard is, by Fed standards, verily screaming at people to recognize that there is a giant asset bubble.

Not-so-hidden in the platitudes and parables and doublespeak we have come to expect from our central bank are repeated warnings that the market is overextended and ripe for a fall.

“If we have learned anything from the past, it is that we must be especially vigilant about the health of our financial system in good times, when potential vulnerabilities may be building,” explained Federal Reserve Board Governor Lael Brainard in a speech in Washington, D.C., this morning. 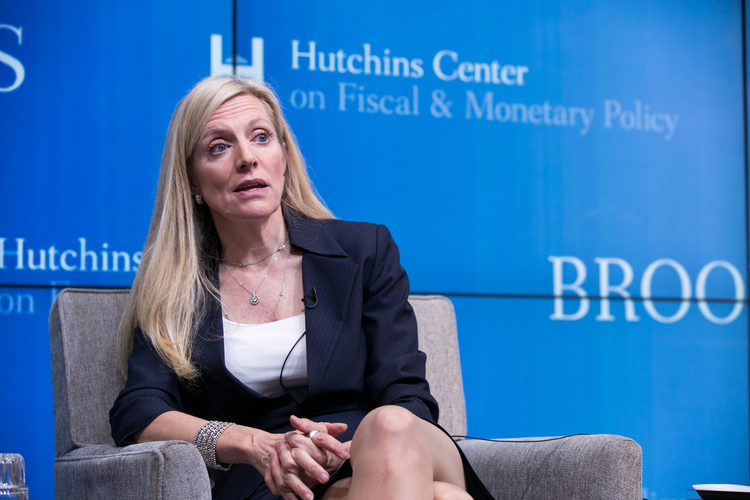 This was a reference to a time-honored banker adage, now mostly forgotten after nearly nine years of easy money: Bad deals are made in good times.

Brainard fills one of the seven slots on the Board of Governors. Two slots are filled by Chairman Jerome Powell and by Randal Quarles. Four slots remain vacant, waiting for Trump appointees to wend their way. She is a strong “dove” in the world of central banks, and she just pointed at why the Fed is tightening – and will continue to tighten: the Everything Bubble.

After rattling off a litany of indicators showing why and how the economy’s “cyclical conditions have been strengthening,” she added this gem, there being nothing like Fed-speak to make your day: “Currently, inflation appears to be well-anchored to the upside around our 2 percent target.”

“Well-anchored to the upside” of the Fed’s target – and then she moved on to the “signs of financial imbalances.”

“Financial imbalances,” in Fed speak, are asset bubbles, a phenomenon when prices are out of whack with economic reality. In a credit-based economy, assets are collateral for debt. And inflated asset prices put the financial system, meaning the lenders, at risk when those asset prices deflate.

Since the Fed has to take care of the financial system, and since it blew up so wonderfully last time due to asset bubbles deflating, the Fed is right to be worried about it. At first the hawks, the rare ones; and now even the doves.

ORIGINAL SOURCE: Now Even a Fed Dove Homes in on the “Everything Bubble” by Wolf Richter at Wolf Street on 4/19/18