Here’s How Quickly Your Wealth Can Be Wiped Out

It’s the two greatest drivers of any investment: greed and fear.

Greed can drive an investment to bubbly highs. But the ensuing crash—and there’s always a crash after a bubble—can wipe out your gains in a flash, leaving little or no time to react.

And that’s the fifth reason why Mike Maloney buys gold and silver: most assets classes are due for a crash—and in response, market psychology will drive gold to dizzying heights.

I found numerous examples of market crashes throughout history. What I discovered is that not only can asset bubbles pop with terrorizing speed, but they can wipe out much, if not all, of your wealth.

Check out this list of crashes throughout history. You’ll see why it’s important that you sell when greed drives an investment into a bubble—because right around the corner is the crash… 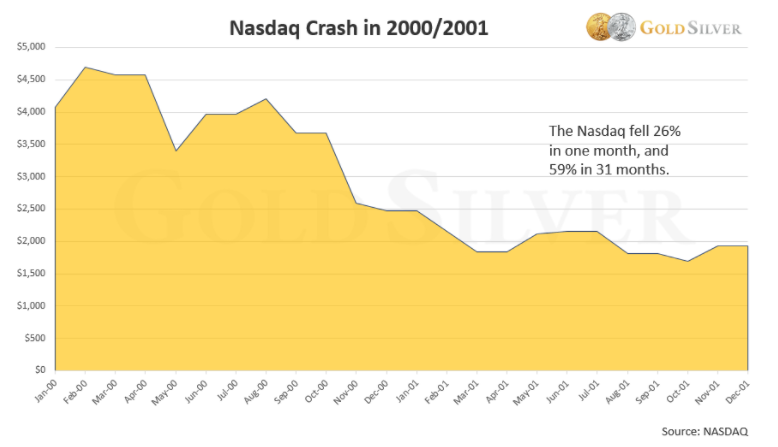 The tech bubble became the tech wreck at the beginning of the millennium. It took the Nasdaq over 14 years to climb back to its 2000 nominal high. 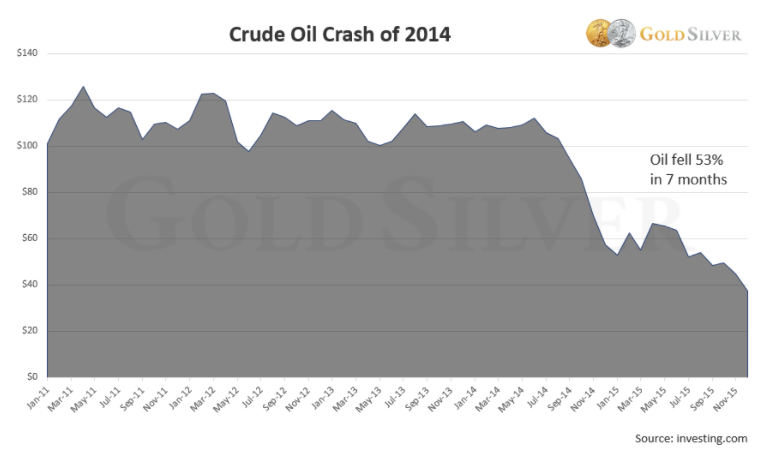 If you owned oil or oil stocks in 2014, your portfolio took a massive hit. 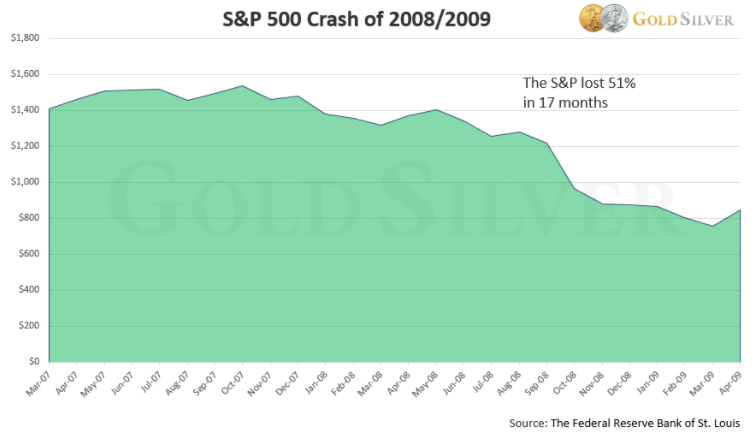 The financial crisis of 2008-09 erased gains from the prior eight years. 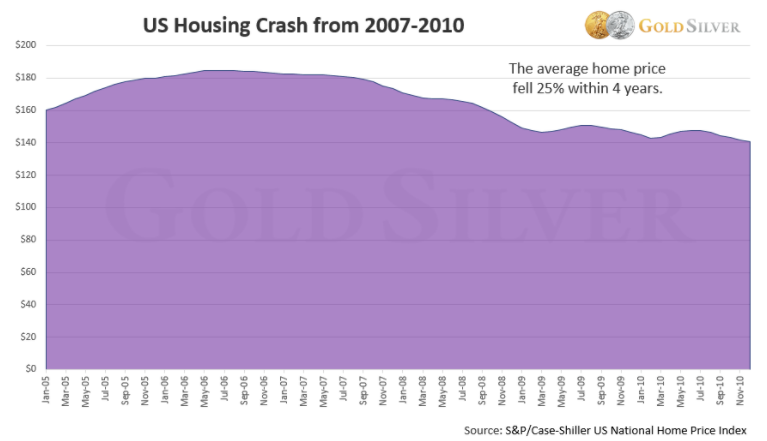 Numerous books, articles, and brokers praised the virtues of real estate—until the housing crash devastated families, banks, and the nation. 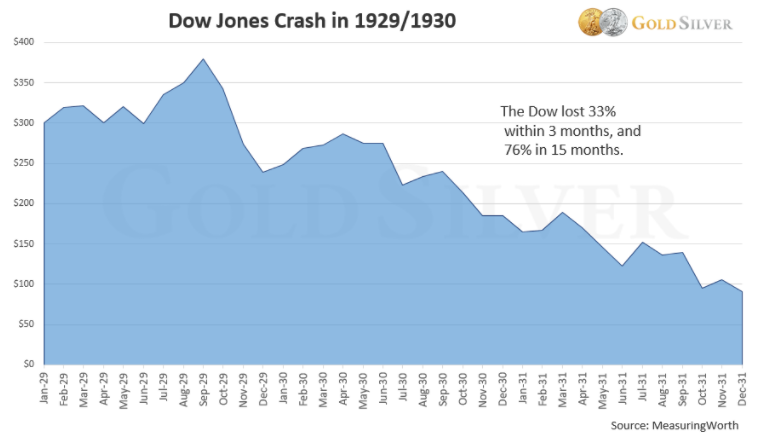 The amount of wealth wiped out in 1929-30 stock market crash pushed America into the worst depression in its history.

All these asset classes were in bubbles just before they crashed.

Crashes are not just a modern day phenomenon. Check out these other cataclysmic crashes throughout history…

Tulip Mania, Holland 1634-1637: At the peak of the tulip mania, a single tulip could be exchanged for an entire estate—but after the crash, one tulip could be bought for the price of an onion!

The ensuing depression from the crash affected everyone. Check out this quote from Investopedia: “No one emerged unscathed from the crash. Even the people who had locked in their profit by getting out early suffered under the following depression.”

South Sea Bubble, UK 1711: Stocks in the South Sea Company traded for 1,000 British pounds at their peak. But after they crashed, they were worth ZERO.

Florida Real Estate Craze, 1926: Land in Florida priced at $800,000 could just one year later be sold for $4 million. Property prices quadrupled in less than a year. But after the crash, all gains were erased, and real estate sold for what it did before the craze.

There are many more examples from history where wealth was suddenly and completely wiped out.

Which begs the question…

• Why in the world are asset crashes still happening at all? You’d think that after all the crashes throughout history that we’d learned our lesson!

The answer is simple: greed. As long as greed exists—and since it’s part of human nature, it always will—there will continue to be massive bubbles and horrific crashes.

It’s important to avoid investments that are bubbling. Because next up is the inevitable crash that can leave you literally penniless.

Avoid the next crash. Buy physical gold and silver. Market psychology will push them into the next great bubble.

• Watch more of Mike’s Reason #5 he buys gold and silver.