Trump Is About to Exercise to the Trade War “Nuclear Option”

It’s a perfect storm for policy catastrophe. A smoking gun in the hands of a President with an unquenchable thirst for vengeful pettiness and the ability to act, unilaterally, with zero checks or balances from the legislature.

Trump will have carte blanche to impose whatever punishments he can devise on China and will have no counterbalance to tell him what will undoubtedly be clear from a third-party perspective: “Um, what you want to do here? This is irresponsible, reckless, patently insane.” Buckle up. 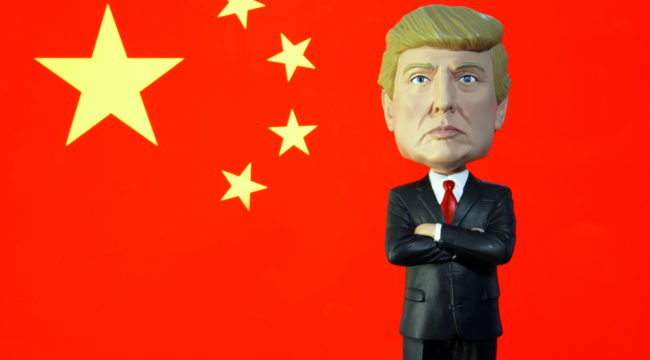 What we have seen so far are just the opening shots of the coming trade war. Think of it as the Battles of Lexington and Concord that opened the Revolutionary War. Much larger tariffs and penalties are waiting in the wings.

Trump will soon receive a report under Section 301 of the Trade Act of 1974. That report has been almost a year in preparation and will reveal that China has stolen over $1 trillion in U.S. intellectual property.

I don’t want to get too deeply in the weeds here, but Section 301 gives the president broad authority to impose sanctions and penalties. The president will have a completely free hand to impose billions of dollars of damages if not more on China.

Importantly, Trump does not require Congressional approval to act. Again, the law gives the president enormous flexibility. So he doesn’t need Congressional backing as he did for, say, the tax cuts.

ORIGINAL SOURCE: Trump Will Use the “Nuclear Option” on Trade by James Rickards at Daily Reckoning on 3/22/18

Gold Slips As Dollar Rebounds Ahead of U.S. Fed Verdict

Americans Won’t Be Rushing to Retail Stores to Shop After Getting COVID Vaccine: Sur...

Millions of Americans Increased Their Credit Card Debt Because of COVID