What Do Fund Managers Think About Gold & Silver Right Now? They Told Me at the Beaver Creek Summit

I attended the Precious Metals Summit in Beaver Creek, Colorado last week. This is where the big boys and girls go—fund managers, institutional investors, bank analysts, top geologists, and CEOs of hundreds of mining companies (not just their investor relations people).

It’s not your normal investment conference. There are presentations from companies and industry leaders, but it’s mostly one-on-one meetings with companies. I actually had to apply and be interviewed before I was accepted to attend. This is not really designed for the retail investor.

But it was very productive, as I got to rub elbows with some of the more well-known and successful people in the industry (and some not so successful).

It was also in a beautiful setting, an outdoor playground for skiers and hikers. 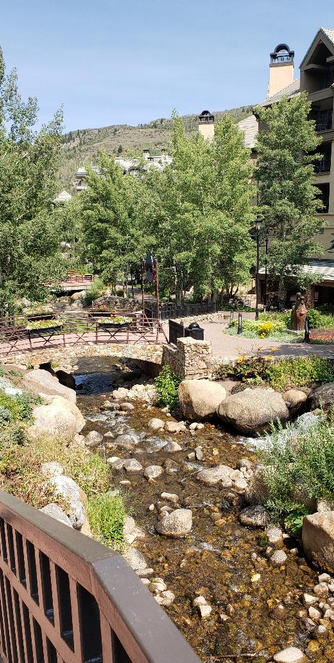 I was there on the “buy side” (looking to invest in opportunities), but I had many chances to talk to people about what they thought about the Fed… gold and silver… and the stock markets, both general and mining.

While we certainly don’t know exactly how, nor when, things will play out, I find it useful to hear different opinions, check one’s assumptions, and hear what some institutional people are thinking—and just as important, how they might invest their dollars.

To be clear, these are not mainstream fund managers. But they invest in the precious metals sector for their livelihood, so are tuned into this sector as much as anyone.

The overwhelming answer when asked about when gold might turn is centered around what the Federal Reserve does.

You probably know Fed Chair Jerome Powell made it clear at last month’s meeting that they’ll remain aggressive about raising interest rates. This surprised some people, including me, but the message was loud and clear: they intend to continue pushing rates higher to combat inflation.

Whether that actually works or not is another matter; since the hot CPI has more to do with supply chain issues and less with demand, higher rates could actually hurt more than they help, at least in the short term.

Either way, the consensus was that the Fed will likely raise rates a couple more times, maybe more, then they’ll pause. Why?

The dominant reason was that they’ll raise rates “until they break something.”

What could they break that would force them to pause?

A recession. A stock market crash. A credit crisis. Money printing to pay higher interest on the debt. Or a black swan event, something unforeseen that hits the economy or markets.

What most seemed to agree on in my little informal survey was that something will break. The rate hike cycle will come to an end, sooner or later. And that’s when things change.

Because of their views on the Fed and the impact it’s had on the dollar—the biggest reason gold has been weak in their opinion—some don’t see gold doing much in the near term.

But in the medium term (beyond 3 months), gold will start another uptrend when the Fed pauses. Partly due to the pause itself, but also due to whatever “breaks.”

Gold has historically performed well in both recessions and stock market crashes. And of course any monetary event will be positive for gold.

And in the long-term picture (over 1 year), most don’t see a scenario where gold has a small pop and then falls back down to where it is now.

The consensus for the long-term price of gold is a trend of higher prices, and in some cases much higher prices.

Because at that point there will be big things at stake. And they’re all gold positive.

I was between meetings and sat down beside an older gentleman and struck up a conversation about the industry. Turns out it was none other than Leigh Goehring, from Goehring and Rozencwajg of the above silver prediction.

Three guesses what we talked about.

First thing I asked him was if he really believes silver is going to $500.

“Yes, somewhere in that range.”

“Due to a surge in industrial demand, or maybe supply/demand issues?” I piqued.

“No. Though politicians around the world will continue to push the energy agenda, which requires silver.”

“From what then?” I had my own views of course, but I wanted to know what he thought.

“Monetary reasons. The US dollar won’t survive in its current form.”

“But that’s been the thought for a while,” I countered, playing devil’s advocate.

At this point he abruptly stopped and looked at me sternly.

“There’s no free lunch here, Mr. Clark. That’s what too many people have been conditioned to think.” That statement certainly rang true to me.

He continued. “The debt is not sustainable and can never be repaid. And with higher rates the US government won’t be able to pay the growing interest on that debt without printing money.”

“Gold’s going to the $10,000 range,” he declared, almost as if a foregone conclusion. “They’ll destroy the dollar. I don’t think people understand what that means.”

“Right. Gold will lead, but silver will surpass it, and the ratio will hit 20 again,” he said, referring to the near-low the gold-silver ratio hit in 1980.

“When’s this runaway surge getting underway?”

“Sounds a little scary,” I prompted.

We talked about mining stocks a little, and I shook his hand as we departed, grateful I could pick the brain of a wizened and highly successful veteran of the market (he once ran the largest resource fund in the world). This is a guy with a big picture view of the world that sees undeniable fundamentals for gold—and a super spike coming in silver.

I don’t know if gold and silver reach the levels he thinks or not. But I feel pretty darn confident about the direction.

You’re a Fund Manager for Your Family

Many people reading this are responsible for managing their family’s investments—you might say you’re the “fund manager” for your family.

Well, I can tell you that most fund managers who follow the gold market for a living don’t invest for how they think things play out in the near term (more price weakness), but for irrefutable fundamentals that demand gold ownership (and yes, some mining stocks, too). And a run for the record books in silver.

If one looks at the world soberly, honestly, and dispassionately, you might find you agree with that assessment—and would invest similarly. I know I am.