Will Deutsche Bank's Collapse Be Worse Than Lehman Brothers?

Few analysts noted it, but the $USD actually staged its second strongest day of the year the Friday before last.

The only other day in which the $USD rallied more was on the day of BREXIT, a black swan event that featured EXTREME currency volatility. 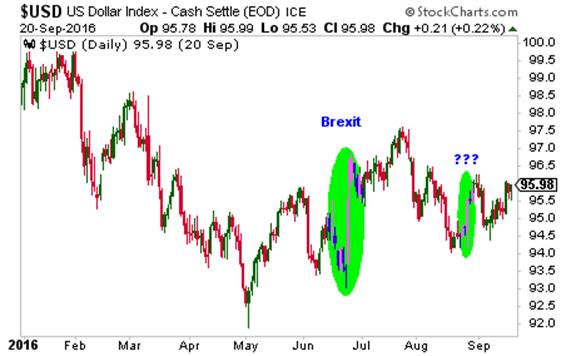 This move tells us something BIG is afoot “behind the scenes” in the financial system.

I believe that something is a banking crisis in the EU. The clear signal is coming from Deutsche Bank (DB).

DB is the proverbial “canary in the coalmine” for Europe. Perched atop the largest derivatives book in Europe, DB has ties to most major financial institutions in the region.

Which is why as soon as DB starts nose-diving, you know something big is up.

DB shares are down 16% since September 15th and nearly 20% from September 9th. Put another way, this bank has lost a FIFTH of its market cap in less than two weeks. 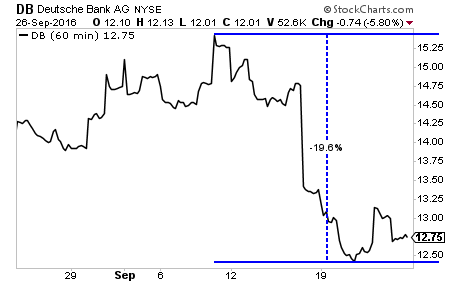 And the long-term chart is VERY disturbing. 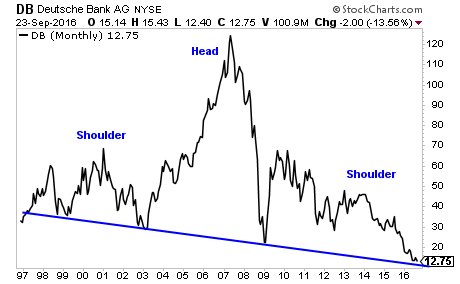 We believe the global markets are on the verge of another Crisis.