This “Chartorial” Says You’re Not Wrong about Silver & Gold

Gold and silver prices are taking it on the chin. They’re bucking seasonal trends. They haven’t been responding to catalysts that would normally push them higher. They’re one of the worst performing asset classes this quarter and year.

So are we wrong? Is it time to pack it in?

There are a myriad of ways to answer that, the biggest of which is Mike’s core reason why we’re not wrong about where they’re headed.

But in this article I want to show what your fellow investors think about the price weakness, and how they’re reacting to it.

This easy-reading “chartorial” looks at all the major areas of physical demand from around the world. See how you react to this as you read through it…

Most bullion investors are not aware of this, and it’s certainly not reported in the mainstream media, but this data from the US Mint shows the amount of gold sales through July of each year, since it first started manufacturing coins. Notice the amount of sales in 2021. 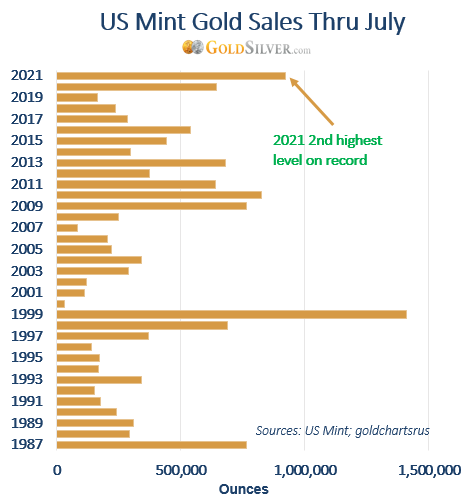 This is the second highest amount of sales through July in the history of the US Mint. It was higher than during the panic of Covid-19.

Silver sales are not as high, but notice the trend. 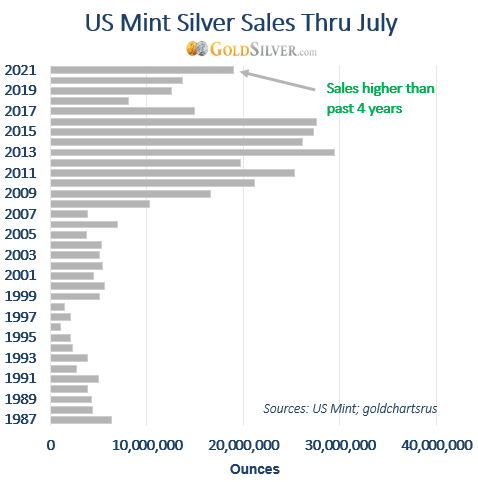 Strong physical demand is not confined to the US. As our friend Nick Laird of GoldChartsrus shows, gold bullion sales at the Perth Mint are stronger so far this year than in the past 10 years. 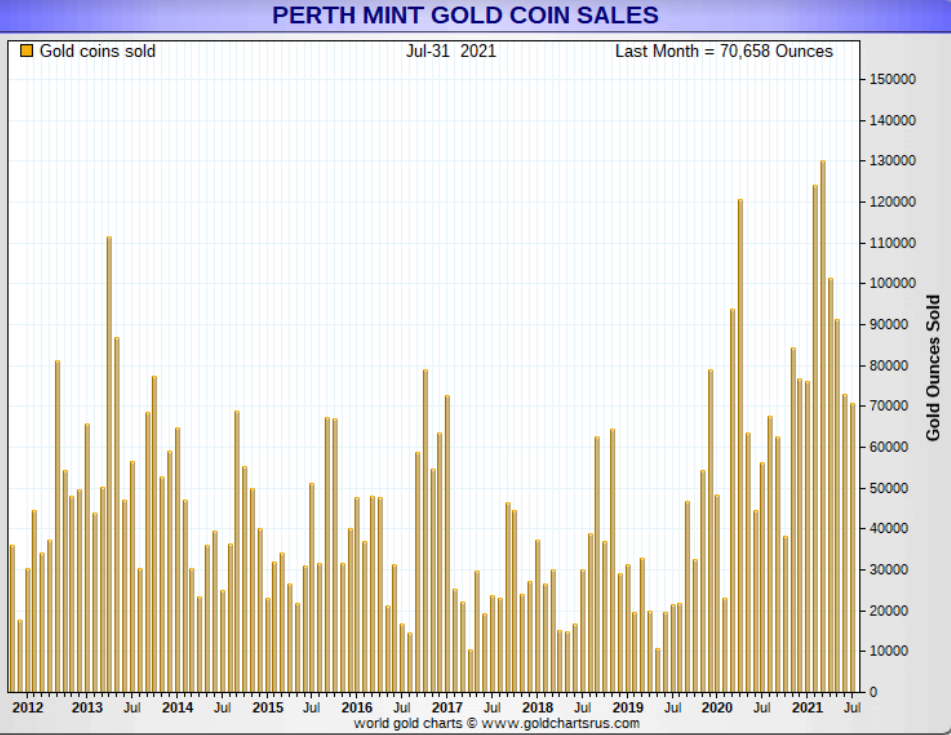 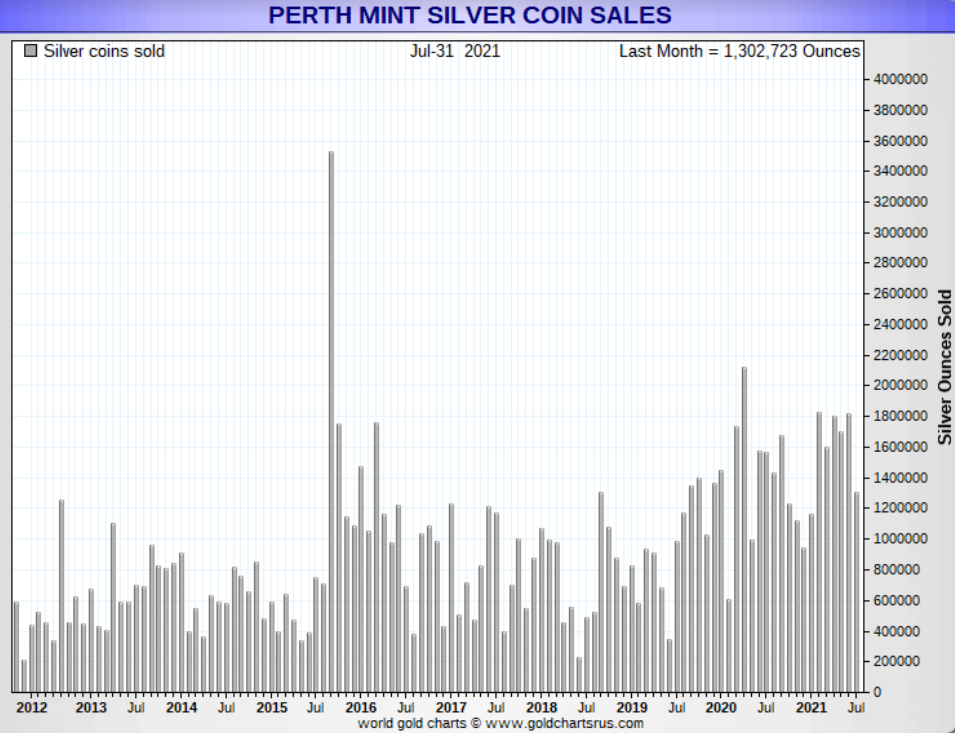 With both metals, Australian investors have been buying more now than over the past decade. 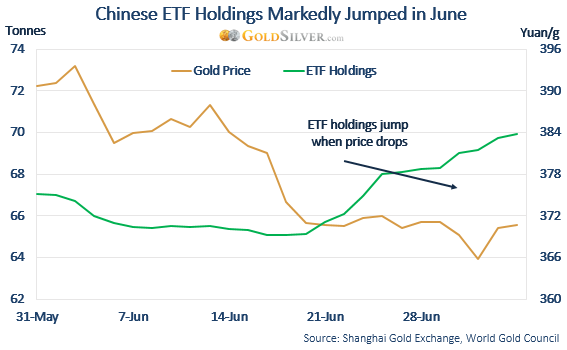 While gold imports to Turkey have cooled, Nick’s charts show that silver imports continue trending up. 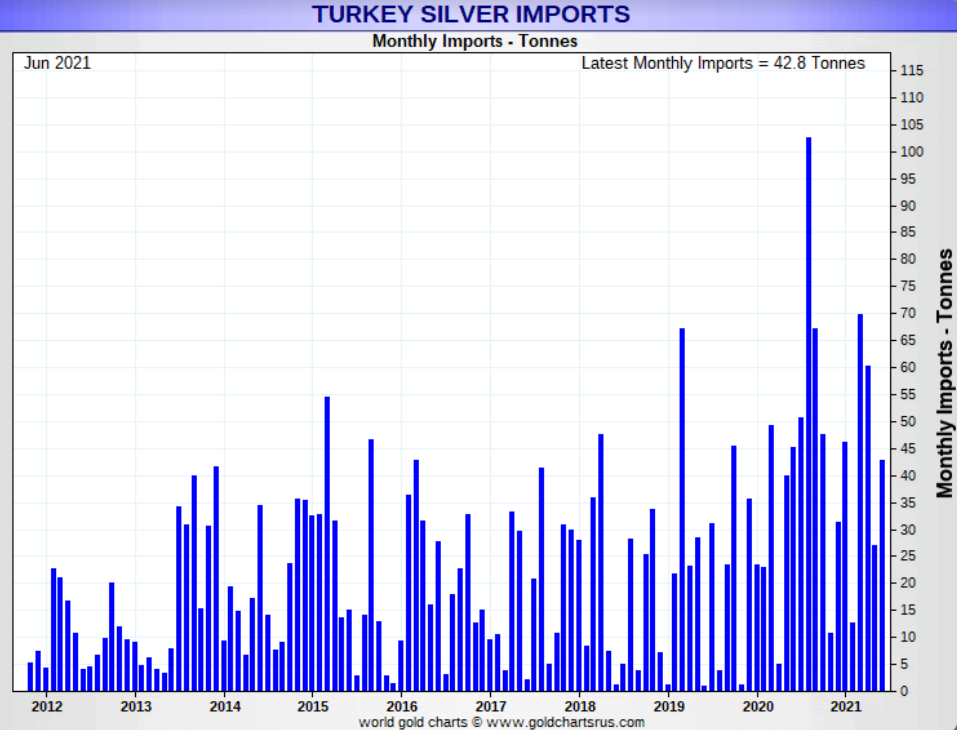 When the gold price fell last month, gold imports jumped to the highest level in three months. And compared to this time last year, inbound shipments to India have surged a whopping 71%. In other words, they exceed the levels during the initial throes of the pandemic.

Central banks are also buying more gold than most investors are probably aware.

According to the World Gold Council…

Central banks, on a net basis, continue to aggressively add gold to their Reserves.

In a recent North American survey, 29% of HNW investors said they will increase their exposure to precious metals as a way to position for an increase in inflation.

Meanwhile, Egyptian billionaire Naguib Sawiris founded the $1.4 billion La Mancha Fund, which will “focus on gold mining investments.” He said his fund will be “deep value, long-only,” something he wouldn’t do if he thought the gold price was going into some sort of bear market.

And let’s not forget the silver squeeze movement that started earlier this year. A grassroots movement that boasts probably a million retail investors and has, at times, tightened the physical market. And just as importantly brought greater awareness to this critical precious metal.

Clearly millions of investors around the world see the need to own physical gold and silver right now. This data suggest they see an even greater need than last year.

We can be frustrated at the poor price action so far this year, but this level of investment interest around the world says we’re not wrong.

You can count us in the camp that’s been buying on these dips. Here’s what I bought more of recently.