ORIGINAL SOURCE: GAO: Biggest Fiscal Threat to U.S. Is Interest on Treasury Debt – Not Social Welfare Programs by Pam Martens and Russ Martens of wallstreetonparade.com on 5/5/2017

Most Americans have been told by mainstream media news that Social Welfare Programs, i.e.. Social Security, Medicare, Medicaid and so on are the main causes for biggest future fiscal debt problems were found not to be true by the Government Accountability Office (GAO) study. 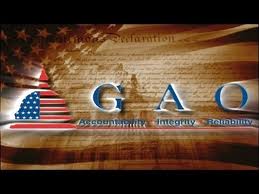