Greenspan's Wondering What Trump Is Going to Do When Inflation Hits

ORIGINAL SOURCE: Greenspan Says Trump Has a Math Problem With His Budget by Rich Miller of bloomberg.com on 4/18/2017

The Maestro is at it again after his retirement telling the future realities again and  that Trump just doesn't have his math right to make it all work.

He goes on to say that Interest rates will have to rise because of very large budget deficits if big programs are not cut, Interest rates and Inflation will go up right along with it.

Read and watch the rest of it here; Greenspan Says Trump Has a Math Problem With His Budget 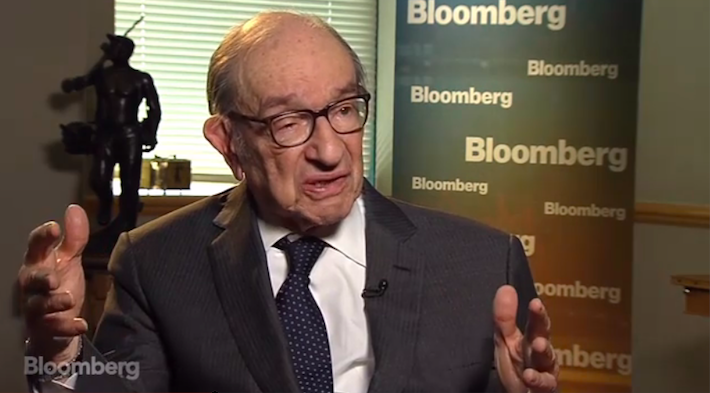