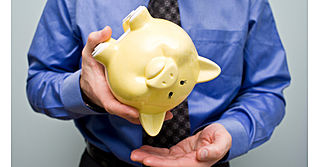 As a general principle, I’ve always tended to avoid entrusting others with my money. I’ve avoided funds, as they are often based upon investments that are peaking or close to peaking. I’ve avoided pension funds, as they’re often structured in a similar manner.

And whenever by law I’ve been required to be invested in such funds, they’ve rarely been successful over the long term. In the end, I would invariably have made more money by pursuing those investments that had great promise but at the time were unpopular (and therefore underpriced).

As dubious as I tend to be of conventional investment schemes (and those who broker them), I am doubly dubious of any government-run scheme. Governments, historically, have proved to be poor money managers, and politicians tend to place more value on big promises that garner votes than on delivering on those promises.

And so, I’m predictably biased as to the likelihood of any form of fund that any government may be involved in. Even if it’s structured well, which it may well not be, governments, if they have the power to do so, will tap into the fund, draining it of the intended recipient’s contributions, leaving the fund exposed, should a crisis occur.

And, periodically, crises do occur. Presently, the First World is facing an economic crisis of unprecedented proportions.

As someone who advises on internationalisation (the practice of spreading one’s self both physically and economically over several jurisdictions in order to avoid being victimised by any one jurisdiction), I’m regularly asked what the optimum level of diversification might be for an individual in a given situation.

Whilst many of these individuals can unquestionably benefit from such diversification, there are quite a large number of people who are in the age sixty-and-over category who state that they’re hoping to get by solely on their Social Security and their pension. (If the investor is an American citizen, this often means a 401(k) or similar fund.)

For these individuals, I’m afraid it’s difficult to provide encouraging advice, as their retirement is rooted in what I consider to be dead-end investments that will diminish drastically, or disappear, long before the individual reaches his own demise.

The Social Security fund of virtually every country that has one is woefully underfunded. Typically, these funds have relied on the next generation’s contributions to pay for the benefits to those presently retired or retiring.

Unfortunately, the original premise, back when Social Security was introduced, was that the population would always increase. During the baby-boomer years, benefits were ramped up dramatically, as there were so many younger workers per retiree.

But now, that relationship has reversed. The baby-boom generation lasted for 18 years, so each year, for 18 years, the ratio of working people will diminish against those who have retired.

Ergo, each year, those working will need to be taxed more heavily if the system is to continue. Unfortunately, at some point, we reach the tipping point and the concept itself is no longer viable. After that point, benefits will be reduced and, possibly, eliminated altogether.

When retirees first hear this, their reaction is usually, “But that’s not fair. I paid in, all my life. They can’t do this to me.” Unfortunately, it is not a question of “fair”. It’s a question of arithmetic. The promised benefits will decline. As a result, those who are counting on Social Security to sustain them in their retirement will find themselves short.

Similarly, pensions are at risk. Most pensions are invested, to a greater or lesser degree, in the stock market. Most funds pride themselves on being “diversified”, by which they mean that they are invested in a variety of stocks.

Unfortunately, when a stock market crashes, good stocks often head south along with failing stocks, as brokers seek to save their skin by unloading portfolios. (This does not mean that some potentially solid stocks will not experience a recovery in time, but few will ride out a crash unaffected.)

At present, the stock market is being propped up artificially and is overdue for a crash. Although it would be impossible to predict a date, a crash, if it occurs, would have a major and permanent effect on a pension scheme.

As if these threats to planned retirement were not enough, there’s a further threat. As previously stated, many governments are financially on the ropes, and historically, when governments find themselves on the verge of insolvency, they invariably react the same way: go back to the cash cow for a final milking. Each of the jurisdictions that is in trouble at present, has, in its playbook, the same collection of milking techniques.

One of those will have a major impact on pensions: the requirement that pension plans must contain a percentage of government Treasuries.

Political leaders have already announced that there’s uncertainty in the economic system and pensioners may be at risk. Therefore, whatever else happens to their plans, it’s essential that a portion of them be guaranteed against failure. Therefore, legislation will be created to ensure that a percentage be in Treasuries, which are “guaranteed”.

Sounds good. And people will be grateful. Unfortunately, the body that is providing the guarantee is the same body that has created the economic crisis. And if the government is insolvent, the “guarantee” will become just one more empty promise.

Recently, the US Supreme Court ruled that employers have a duty to protectworkers invested in their 401(k) plans from mutual funds that perform poorly or are too expensive. By passing this ruling, the US government has the power to seize private pension funds “to protect pensioners”. It also has the authority to dictate how funds may be invested.

The way is now paved for the requirement that 401(k)s be invested heavily in US Treasuries. (Some are already voluntarily invested, as much as 80%.)

And so, those who hope to fund their retirements primarily with Social Security and 401(k)s, may well find themselves virtually without retirement income.

The question is whether this means “Game Over” for millions of Americans (and since similar developments are taking place in many other countries in the world, millions more in the EU, Canada, etc.)

And, yes, it does mean “Game Over” for many, unless they choose to exit a system that is set to collapse like an old mine shaft, trapping its occupants.

Still, there remains a brief window of opportunity, and that opportunity is to pay the penalty for exiting the system and internationalising whatever level of wealth can be salvaged.

Ideally, this means physically moving to a jurisdiction where such conditions do not exist, but a more limited escape may be created by removing as much money as possible from the retirement fund, moving it to a less risky jurisdiction and converting it to those forms of wealth storage that are least likely to be targeted by rapacious governments and corrupt banks.

Accepting the realization that the piggy bank will be less full is a painful one but is far less painful than to face the day when the piggy bank is all but empty.

Editor’s Note: If you don’t want to move abroad, you can still benefit from offshoring your retirement savings. It can live abroad instead of you - and outside the immediate reach of bankrupt politicians.

Retirement savings are always a juicy target for governments in need of cash.

In just the past six years, retirement savings have been plundered in some form in Argentina, Poland, Portugal, Hungary, and numerous other countries.

It’s incorrect to assume that it couldn’t happen in the US or your home country. History shows us that it’s standard operating procedure for a government in dire financial straits.

Fortunately by taking your investments offshore, you can make yourself a hard target and make it impossible for your retirement savings to vanish at the drop of a hat.

But it’s not just a defensive measure. Offshoring your retirement savings will unlock a whole world of new international investment opportunities that would otherwise be unavailable.

To find all the details on how it to get set up, along with advice from trusted professionals who specialize in internationalizing retirement savings, click here to check out our Going Global publication.

Breakthrough in Hunt for Spanish Shipwreck’s Greatest Ever Treasure

China Dumped Most US Treasuries In 18 Months In December

Why Gold Prices Topped $1,600 and May Soon Hit a More Than 7 Year High

Morgan Stanley: Is This Cycle So Broken That Nothing Makes Sense Anymore

The 'Worst Is yet to Come' for Coronavirus, Raymond James Says

Russia Suspends Chinese Citizens From Entry to Russia From Feb. 20

Why China’s Debt Defaults Are Picking Up Yet Again: Bloomberg
More News