Many bond funds, by mandate of their charters, are not allowed to invest in junk-rated bonds. It's a safeguard to prevent their managers from chasing higher yields and taking on more risk than is deemed appropriate for the fund's stated investment goals.

On one side, you have debt rated BBB and better. This is so-called "Investment Grade" debt. Make no mistake, BBB-rated debt is much riskier than AAA-rated, but it's still technically "Investment Grade." 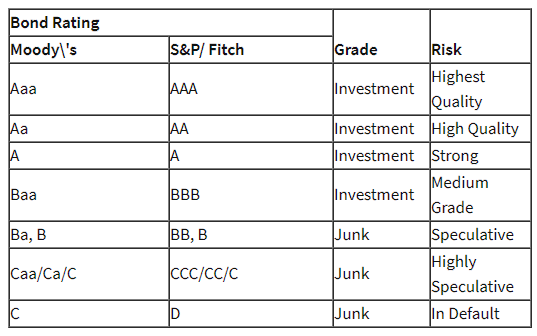 It's a clear, bright line. The highest-rated bonds, issued by very stable companies with strong balance sheets who are nearly certain to be able to pay investors back, are rated AAA, four steps above junk status. BBB is one downgrade away from being junk. But they are both "Investment Grade."

This is a crucial designation for many bond funds. BBB-rated, risky as it is, provides the highest yields, and per the limitations of their charters, they can still invest in it. This makes it exceedingly popular among fund managers who will maximize risk as they seek to maximize returns.

For now, these funds can gorge at the trough of BBB near-junk without hesitation or limit. Which has made BBB-rated debt the fastest growing credit subset of debt in the corporate market.

But in an economic downturn, and certainly in a recession, mass downgrades of debt are routine. And what will happen to these bond funds when their BBB-rated debt gets downgraded just a single notch to BB? They have to sell it. All of it. Because now, suddenly, it's junk.

The simultaneous forced liquidation of this bloated and massive risky debt rating class is a single downgrade away.

Finally, the chart that should give you chills if your fund is loaded to the gills with BBB...where do you think we are in the current, unprecedented debt expansion cycle? 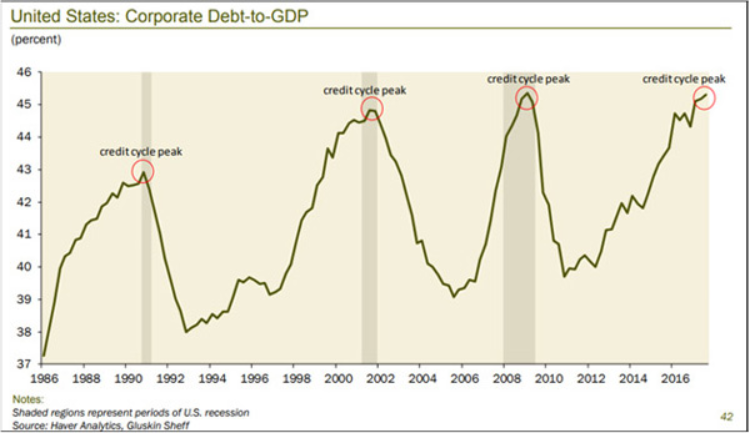 The ECB Should Ditch Its Inflation Target: FT

Fed Starts Some Tricky Communications With Financial Markets This Week