What Is Left To Go Before The Great Reset? 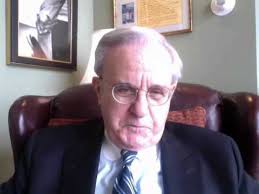 What is left to go before the Great Reset?

The Great Reset is the milestone economic event that is the final step in the restructuring of the monetary system that functions as real money is intended to.

This system in word and fact is the mechanism the sum of its parts truly functions as:

1.A Store House of value.

2.A Measure of value.

3.A Standard of value

4.A Medium of Exchange.

Money as generally interpreted in your modern business school and by a general public is anything of value that serves as a (1) generally accepted medium of financial exchange, (2) legal tender for repayment of debt, (3) standard of value, (4) unit of accounting measure, and (5) means to save or store purchasing power.

Before we get into the subject let’s agree to certain facts.

Common types of currency issued by official order are valued based on the issuing authority’s guarantee to pay the stated (face) amount on demand, and not on any intrinsic worth or extrinsic backing. All national currencies in circulation, issued and managed by the respective central banks, are fiat currencies.

There simple is not enough fiat currency on circulation to pay off all national and business debts even if we exclude government guarantees.

Most what is called money is an accounting entry now in cyberspace.

Computer currencies are a bridge over mental gap between the common belief in money and the requirements of what money truly does.

All of this is based on confidence in a system whose foundation of convincing on a continuing basis a public that the fiat currency can pretend and extend an illusion of real money whose definition is other than that universally held now and whose foundation is set in the cement of a pure illusion without backing in kind, uninsured and failing badly in many respects.

Please keep in mind that President Elect Trump is a proven master at the use of bankruptcy in business to set a foundation upon which a going concern can replace the previous failed entity or system of operation of the entity.

Not only is the monetary system insolvent if called upon to perform in even a modesty percentage. The entire system would fail miserably. However, there is no lack of resources and productivity if incentivized to make the global system again functional and durable by making real, not pretend money the basis.

He is a builder of brick and mortar.

He is a negotiator.

He has zero lack of self worth or abilities.

He is a master of using the economic tool of bankruptcy to restructure and retreat and from the conditions of financial bankruptcy.

Today’s world is without any doubt a rolling bankruptcy whose foundation is pretend and extend. Inherently pretend and extend has shown no permanency anytime, anywhere. The “Great Flush” which must proceed the “Great Reset” has been, most disturbingly, war won or lost.

Therefore, the United States, one of the most powerful countries in the global system, is insolvent, that is true just on the factors of OTC derivatives and unfunded obligations. You need not be a genius to understand this.

As a result of all this nothing has been economically supplied to cure the basic problem. Pretend and extend has been the basis of the illusion that the system functions.

Why is gold hated, the dollar and the equity market always protected by the creation of more illusion that all is steady and the government and quasi government the underwriter of this.

Economic Potemkin City of money with stability. Why did gold move up and the general markets decline near $900 when the unexpected victory of President Elect Donald Trump occur? The answer is that a correct definition of the world’s new leader in known by some. It was the Hillary Clinton Plunge Protection Machine that rescued the market and pressured gold lower which was prepared in anticipation of a Clinton victory for the unexpected Trump victory.

There is an axiom that “before a massive public will accept a new system as a way out, they must suffer severely.” This is proven by history in every national bankruptcy of a nations currency. An example of note is the Weimar Republic that gave rise to the socialist leader, Hitler. In this example the war had to be lost for a Reset to happen. The reason I anticipate the “Great Reset,” is that the experiment of Globalism has failed miserably with the world now imitating the recklessness of massive Western Debt creation.

This is not the end of the world but rather the means of change to a new world that in the end might be quite abundant and peaceful. Just like a great fall caused no injury if you have prepared a large foam mattress for your family.

The injury comes via the means by which the fall stops. It is this that we work so hard to prepare you for in order for the transition by painless to you. It is not a game of gambling but of structuring in many ways to make your landing soft, not hard.

The means to the Great reset is in place and moving forward. It started with the nine exchanges opened for trading in PHYSICAL gold and silver. Premiums have been running in the $40-$45 basis on gold and $2 on silver.

The profit by arbitrage, which is the purchase and sale of the same item.

So here is your scenario:

1. Physical gold continues to rise under Mid Eastern and Russian demand plus the demand of sleeping giants in the US typically called One Percenters.

2. The physical gold arbitrage is not cheap requiring precise logistics, insurance, and relationships.

Trust which are hard to come by. Cooperation of a major gold refiner with in place logistics and payment systems plus trust is an absolute requirement.

All of this can be purchased except trust which is a product of long and fruitful relationships.

3. As the premium for gold, that is the price on the physical markets in China and Asia rises to over $50 and remains firm regardless of the ups and downs in the paper market the arbitrage will be profitable enough.

6. Normal assays require 3 days and delivery according to logistics is prompt as one/two days or is made at the refineries.

7. Therefore the mechanics of the Great Reset has little to do with anything whatsoever except the size of the premium of physical over paper gold and silver plus the above criteria.

8. As this process continues the warehouse supply of all paper exchanges will continue to dwindle until the paper contract can longer function.

9. No longer function means even pretending to be able to make delivery when called upon right now for every one ounce of gold five hundred at twenty for are promised as deliverable. That is almost as crazy as the fraudulent OTC derivatives with no mark to market that we pretend has value.

10. When delivery from the paper exchange fails which it will, what is the value of a novated contract that cannot perform at the Comex? That is right. It is zero.

11. Since in the Hunt situation the first thing the board of directors at the Comex did was unilaterally changed (one side refuses to perform) the contract to “Sellers Only.” You can be sure the same people will do the same thing.

12. What do you think a contract that does not perform is worth? Again the correct answer is nothing.

13. As this occurs, which it has to, the paper gold contract loses all value. It is also useless if you are short because it will not perform for short the paper gold cover either. You cannot buy back a novated contract and meet the requirements for a short cover.

The reason is simple as a non novated contract for paper gold is entirely different than a regularly function paper gold contract since one is an apple and the other is a banana. You may have an 1100 plus fake profit you cannot collect one cent on.

As such all the normal causes of high gold and silver prices will play but a MINOR part in the unfolding drama. No group of wizards at any institution will figure this out, make it happen or stop it from happening as long as the price differential between paper gold and the price of the physical remain at or above the price of physical market for both.

In conclusion regardless of the drama unfolding or the opinion of so many new gurus no one word they say is correct in determination of the final price of gold.

All that matters is what is written above in points in 14 points.

Comex paper gold will be offered at a nominal price, say $5 offered and no bid. Physical gold will be between $3000 and $5000 big and offered by China, Russia and others.

I am regularly chastised for my dedicated bullishness in both my opinion on the gold price and on gold shares even though I am correct.

Now if per chance you could mine gold at let’s say $600 or so please inform me why you would sell it other than to meet immediate needs.

Bulyanhulu in Tanzania for instance has always been assumed to hold 20,000,000 ounces or more from inception. How much of that gold has been sold at present and lower absurd prices if you have a clear understanding of the shift in the mechanism for price discover in gold from paper exchanges to physical exchanges being the sole reason the Russians and Chinese are correct in buying all the physical offered.

Therefore, gold is going to $5000 or better wherein the profit will be made by Physical gold investors and enlightened gold company management that strives to produce and store all their gold not needed for sale to keep the lights on. The location for storage is at an international non – bank Swiss refinery, not at the location of the mine or at the location of the companies.

Try to explain that to anyone if you want to see glass forming over their eyes when it is so simple it screams at you.

Two ladies go to the inauguration balls. One quite beautiful lady wears a 10 carat diamond and the other lady wearing the hope diamond. Who gets looked at the most.

The value of gold is the jewelry.

Worn by the nation.

This is how currencies will ultimately be sought after.

Currencies will be valued by the value of gold each national treasury has.

It would be quite nice if the ISA has the gold they claim but this can only be known when a real third party audit occurs. Regardless either what I have told you what will happen. This is not in the far distant future.

Remember this is triggered at any price of gold should the difference in physical versus paper gold trigger the arbitrage transaction.

Gold Dips But Stays Above $1,800 as Some Take Profit

Government Debt Is Skyrocketing Across the World. Here Are Their Options, According...

How Negative Interest Rates Help Gold Act Like a ‘Risk On’ Asset as It Pushes Toward...

Negative Interest Rates Can Be a Doom Loop for Pension Investors: FT