A Vaccine is Coming, Sell Your Gold and Silver!

A vaccine for Covid-19 is on the way, so gold investors should probably pack it in, right? After all, a valid and distributable vaccine will likely create euphoria, and push the stock market up and gold down. The economy will recover, maybe even roar, and with it fear of the pandemic will disappear and leave little need to own gold and silver.

At least that’s the consensus view among many mainstream outlets. We know this because the kneejerk reaction to Pfizer’s vaccine announcement on November 9 caused the Dow to soar 3% and gold to fall 4%, with silver crashing 6.2%.

Last week Pfizer and Moderna reported their vaccines are now roughly 95% effective, with Pfizer and BioNTech announcing plans today to file for authorization for emergency use, which would allow them to have their vaccine used in the US starting next month. The former FDA commissioner even claimed the pandemic can “effectively end” with a wide distribution of a vaccine at this level of efficacy.

The consensus is clear: a vaccine is close. And it will make Covid—and all its nasty ramifications—go away.

To be clear, an effective vaccine will be good news for the world. Even if you’re someone who won’t take it, arresting the disease would be a positive step for society, especially for those who are vulnerable.

But does that signal the end of the need for gold and silver? Are those mainstream analysts right, that it’s time to sell since a vaccine is coming?

I feel a little silly having to emphasize that, but I think many investors and citizens are overlooking a few realities. There’s a number of reasons they’re wrong, starting with this…

I remember a few years ago some analyst claimed that investors should sell gold because, in his view, interest rates were going to rise. Not only was he wrong and rates fell, his analysis was incomplete.

As any good gold bug knows, it’s the real rate that influences the price of gold.

The real rate is defined as the 10-year Treasury yield minus the CPI (Consumer Price Index), the common measure of prices of everyday goods. So if inflation is outpacing interest paid by Treasuries, the result is a negative “real” rate.

Since he didn’t understand this basic premise, I made a children’s flash card for him: 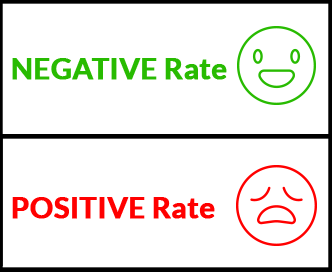 But there is a bigger reason he was wrong. He was looking at only one part of the elephant. He analyzed one sole factor, and of course gold, being real money, can respond to numerous factors. There were a myriad of potential catalysts that were likely to impact gold and silver prices at the time—but he excluded all of them. And as a result was horribly wrong on his projections.

This is why the mainstream consensus on gold is about as short-sighted as, well, this: 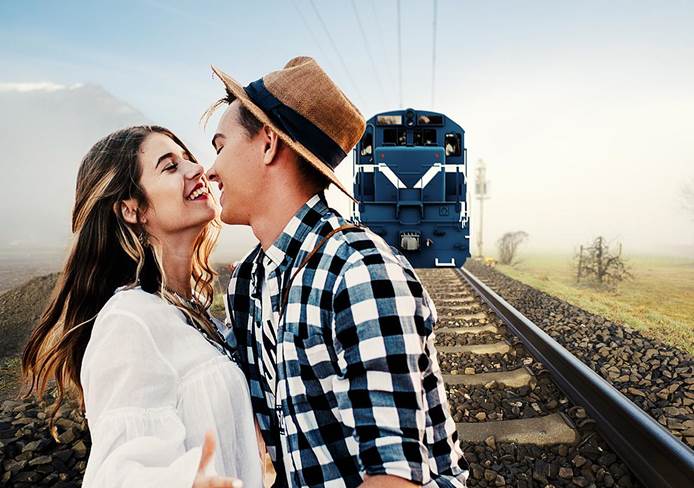 The world will celebrate a valid and safe vaccine, and for good reason. But there’s a freight train of other crises barreling down the track and headed right for us. And most of them can’t be avoided.

Here’s a summary of the massively bullish factors that will still be in play for gold and silver, even after a vaccine begins to circulate.

If the only viable risk we faced as investors was the virus, and if it was truly coming to an abrupt end, then maybe it’d be time to exit the precious metals industry. But that’s hardly the situation.

Here are eight big risks staring us in the face, all of which in my opinion are highly likely to play out. For each I provide some updated comments, my rating of the risk, and gold’s likely response to that risk when it plays out. 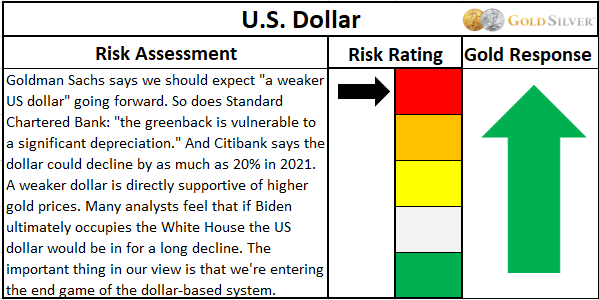 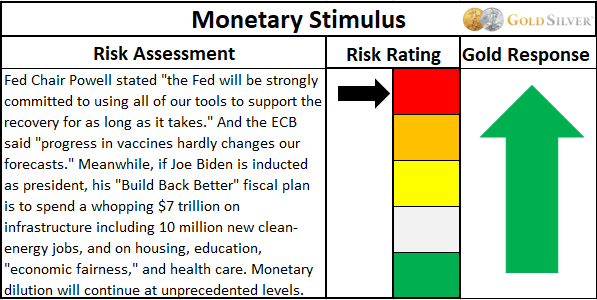 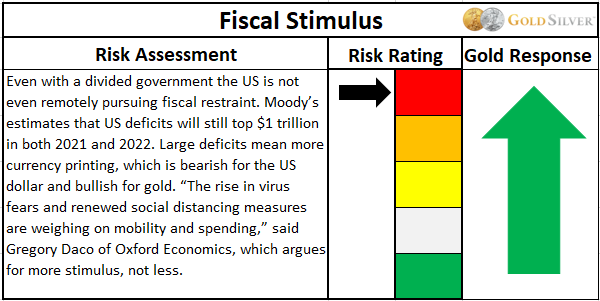 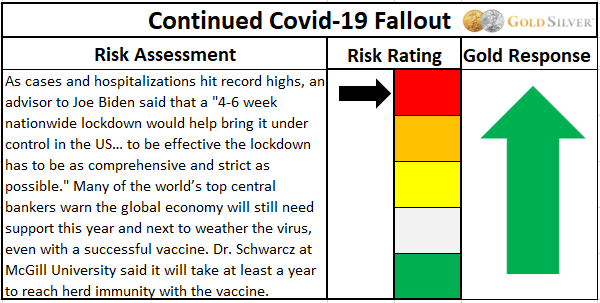 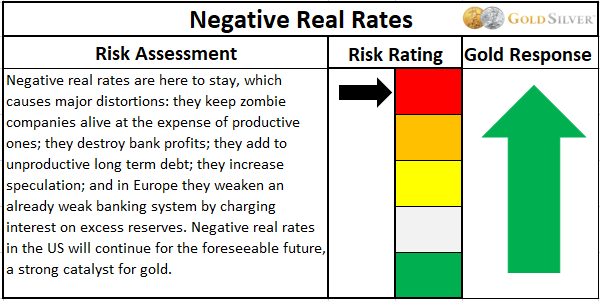 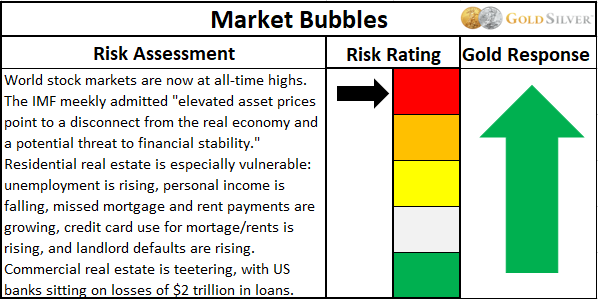 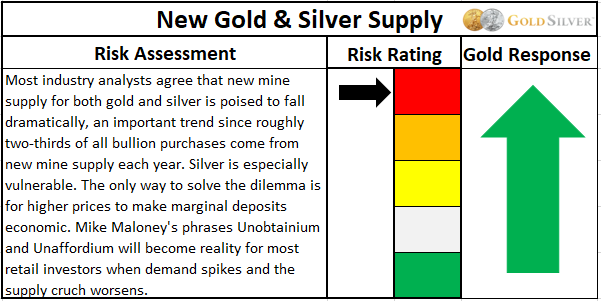 Can you read that and honestly conclude that a vaccine signals an end to the need to own gold and silver?

Hardly. Even if you disagree with my risk ratings or believe we can escape some of them, it’s hard to imagine a scenario where several of them, if not all of them, don’t play out and push metals prices substantially higher.

A vaccine cannot erase structural economic damage, nor massive monetary abuse. As Mike Maloney recently pointed out, there is no vaccine for the coming banking crisis.

Vaccine news will actually do us bullion investors a favor. And I plan to capitalize on it if it comes to fruition…

Those factors mostly revolve around the addiction that markets and economies have to ever-easier monetary policies—and the absolute necessity for those policies to continue.

In fact, it’s even bigger than that:

This is the beginning of the end of the current fiat monetary system. Not until a sound monetary structure is being established will we stop buying gold and silver.

That makes any selloff in metals a buying opportunity. Perhaps the last one. Either way, I encourage everyone to make sure you have your monetary insurance in place before the above catalysts ignite.

Neil Howe On The Fourth Turning: What Will Happen Next?

Gold Futures End Lower, but Post a Modest Gain for the Week

Are We Really Crazy Enough to Believe This Is Going to Work?

Europe’s Energy Crisis Is a Warning Sign for America

Peak Inflation Fears. Is Deflation Next?

Inflation and Consumer Welfare: Don’t Forget the Supply Side!

Inflation Sets Off Alarms Around the World: WSJ

Shoppers Share Photos of Bare Aisles in Stores Across Country