Smart. In the wake of true crises, government banks have proven they will take any number of outlandish and questionably legal actions to shore themselves up. If you’re a sovereign nation and you’re trusting your physical gold cache to another nation (and, more to the point, their goodwill during potentially desperate times), you’re asking for trouble.

The leadership of the Hungarian National Bank (MNB) has decided to bring back home Hungary’s gold reserves. Up to now, 100,000 ounces (3 tons) of the precious metal were stored in London, which is in total worth some 33 billion forint ($130 million) at current gold prices.

The decision seems to be in line with international trends as storage of gold reserves out of the country is now considered risky by more and more central banks. Austrian, German, and Dutch central banks are among those who have recently decided to repatriate their gold reserves. According to MNB, this may also further strengthen market confidence towards Hungary. 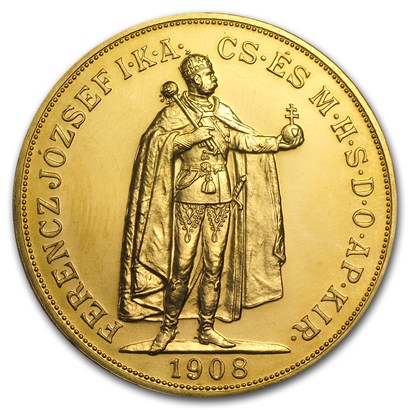 MNB has been holding gold reserves since its foundation in 1924. Towards the end of World War II, it had been transported to Austria on the famous Gold Train, captured by the Americans, then repatriated in full in 1946. The highest amount Hungary has ever had was around 65-70 tons at the beginning of the 70s.

At the end of the 1980s, however, a decision was made to decrease gold reserve to the lowest possible level and rather to invest in sovereign debts, which as a consequence of the collapse of the Bretton Woods system are considered safer, more liquid and potentially of higher yields. At the beginning of 2010 this tendency changed again and central banks started to accumulate gold as a potential response to the financial crisis.