Given the choice between crushing the economy and jousting with inflation, it appears the Fed is choosing the latter.

Its hawkish verbiage is at a level not seen since 2006, despite marked slackening of consumer spending from a base that is tapped out on credit debt, in addition to over $1T in both auto and student loans.

The Fed is in a difficult position as it balances the dual mandate of having stables prices and maximum employment. One of the latest critiques of the Fed is that by raising rates after wage growth accelerates to a certain point, the Fed is defending the interests of corporations at the expense of workers.

While inequality is high and corporate profit margins are high, inflation is not only driven by the labor market. Furthermore, people don’t benefit if they get nominal wage gains, but the price of goods go up so much that their real wages fall. 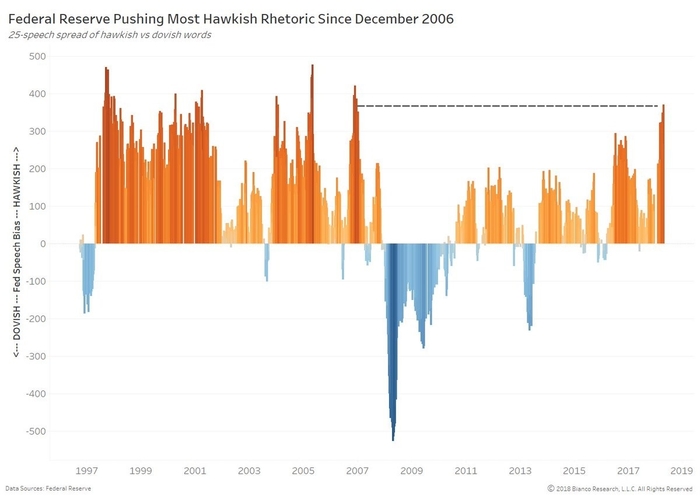 The Fed is worried that this bout of modest inflation pressure will be stronger than the previous ones in this expansion because the labor market is nearly filled. Although it’s not part of the core number, rising oil prices, which usually occur at the end of the business cycle, are also leading to higher economic costs.

The economy is weakening as evidenced by the 1.1% consumer spending growth in the Q1 GDP report. That was way below the 4% growth seen in the previous quarter. The Trump tax cut may be making the Fed think the economy is stronger than it is.

ORIGINAL SOURCE: Fed Hiking Into Weakening Economy at UPFINA on 5/1/18