With so many clear and present dangers to the global economy, don’t forget the stalking horses that are bank-specific threats.

After all, prior to it actually occurring, almost nobody would have thought that the total annihilation of Lehman Brothers and Bear Stearns in a matter of days would have been possible, let alone touch off a global financial firestorm.

The European Central Bank has moved first to protect global financial markets from the potential chaos caused by Deutsche Bank winding down the trading of $1.1 trillion assets on its balance sheet.

The ECB has made Deutsche the first bank under its supervision to report on the cost and consequences of its investment bank's exit from the global markets. 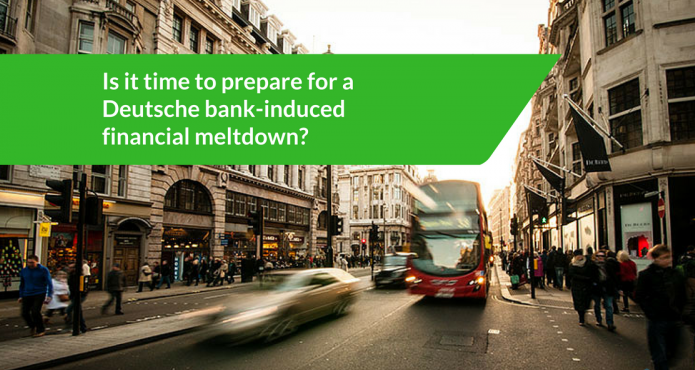 The ECB’s concern stems from the collapse of Lehman Brothers in 2008, and regulators are known to scrutinise large, struggling institutions like Deutsche Bank over their potential to destabilise global markets.

Lehman's sudden and shocking fall intensified the 2008 crisis and wiped $10 trillion from global markets. Although a Deutsche Bank source confirmed to the Financial Times that other Eurozone banks would also be tested, the ECB’s scrutiny comes amid speculation as to the future of Deutsche’s UK-based investment bank.

After failing to recover from the crisis caused, in part, by Lehman Brothers’ demise, the beleaguered financial institution has paid out an approximate £12billion ($17bn) in fines and damages for misconduct since the start of 2008, according to company filings compiled by Bloomberg.

As concern mounts over the effect of Deutsche’s change of heart, officials from the bank’s supervision wing, the Single Supervisory Mechanism, have told Germany’s largest bank that it will need to make clear exactly how much damage its exit would do to global financial stability.

ORIGINAL SOURCE: ECB fears for withdrawal of €1.1TRILLION Deutsche Bank – and impact on the global economy by David Dawkins at Express on 4/18/18