Fill the Swamp: The Wall St. Cronies to Serve 14 Years at Fed Bank

As Trump fills the Fed rolls with Wall St. lapdogs who will ensure it continues to function as a big-bank-enabling liquidity spigot, it is in direct contradiction to his campaign complaints about its excessively accommodative policy.

Richard Clarida, former George W. Bush Teasury official (then Pimco advisor), and Kansas bank commissioner Michelle Bowman could not possibly be better examples of “more of the same.”If there were any doubt before, the 14-year terms that Trump’s friends of too-big-to-fail lackeys will serve cement the reality: The Fed is deeper in Wall St.’s pocket than ever before.

Wall Street has embraced Trump’s new Fed line-up because its members are so favorably disposed to loosening restrictions on financial institutions of every sort. Initially, the financial markets reflected concern that Chairman Powell might turn out to be a hawk on interest rates, meaning he’d raise them too quickly, but he’s proved to be anything but. 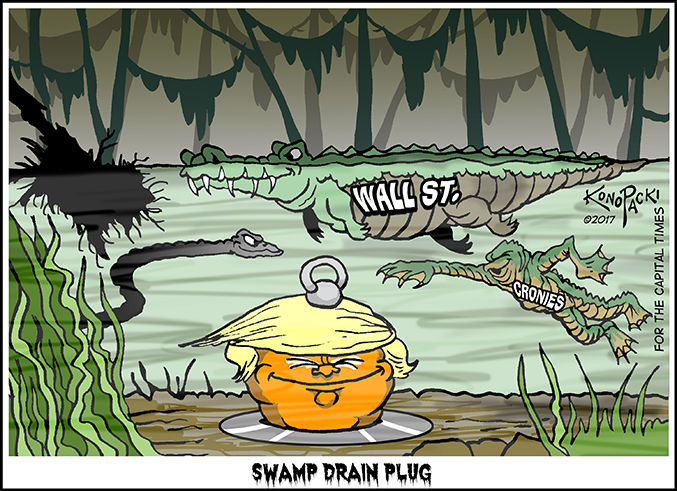 As Trump stacks the deck in his favor, count on an economic impact that will be felt for years to come and could leave the world devastated. But rest assured, if the Fed can help Trump keep the stock market buoyant for a while by letting money stay cheap for Wall Street speculation and the dollar competitive for a trade war, it will.

At a time when inequality, economic hardship, and household and personal debt levels are escalating and wages are not, why should any of this matter to the rest of us? The answer is simple enough: because the Fed sets the level of interest rates and so the cost of money. This, in turn, indirectly impacts the value of the dollar, which means everything you buy.

Since the financial crisis, the Fed has kept the cost of borrowing money for banks at near zero percent interest. That allowed those banks to borrow money to buy their own stock (as did many corporations) to inflate their value but not, of course, the value of their service to Main Street.

When money is cheap because interest rates are low or near zero, the beneficiaries are those with the most direct access to it. That means, of course, that the biggest banks, members of the Fed since its inception, get the largest chunks of fabricated money and pay the least amount of interest for it.

Although during the election campaign of 2016 Trump chastised the Fed for its cheap-money policies, he’s since evidently changed his mind (which is, of course, very Trumpian of him). That’s because he knows that the lower the cost of money is, the easier it is for major companies to borrow it. Easy money means easy speculation for Wall Street and its main corporate clients, which sooner or later will be a threat to the rest of us.

ORIGINAL SOURCE: The Fed Boosts Wall Street, Not Main Street by Nomi Prins at Truthdig on 5/1/18