Venezuela descent into chaos is the result of fiat currency dilution and devaluation. It is taking place in a small, one-dimensional, socialist economy, which has hastened its ill-effects. But it is the exact same policy currently embraced by the US government and Fed.

To cite all the differences between the US and Venezuela, to construct logic around why it couldn’t happen here, is misguided. All fiat currencies fail. Every single one throughout history, and always via the same mechanism. Dilution and devaluation.

The more relevant question is “How can it not happen here?” It is not different this time. We simply don’t know how much longer the charade will be allowed to continue before people understand this debt can never be repaid.

When Yolanda Abreu got her check for severance pay after five years working as a cardiologist, she let out a laugh of sheer disbelief: it was barely enough for a cup of coffee. 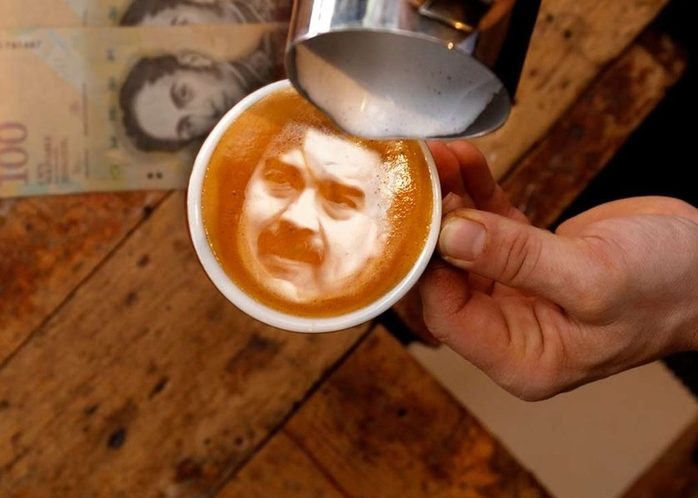 Like her, millions of Venezuelans have seen their salaries decimated by rampant hyperinflation that is expected to drive prices up by 13,000 percent this year, IMF figures show.

Her story hit the headlines after she tweeted a photo of the check for 156,584.29 bolivars, which equates to about $0.20 on the black market.

"They called me from Caracas University Hospital to come and collect my check for benefits accrued over five years of service as a level 2 specialist in cardiology and electrophysiology," she wrote on Twitter.

And what will it buy, she wondered indignantly. "A coffee?"

If she had received the check when she resigned in January 2017, it would have been worth $45.

After retiring from 16 years of work as a university professor, Mery Rojas could scarcely afford to buy two liters of ice cream with the money she invested in a ministry of education savings scheme.

And it was five years before she could draw on that. Like Abreu, she let out a bitter laugh of frustration.

"I didn't know whether to laugh or cry," she told AFP.

ORIGINAL SOURCE: In Venezuela, five years of severance pay now buys a coffee by Esteban Rojas at France 24 on 4/27/18