Commonly perpetuated myths about the gold price and how it inevitably fares in environments that are supposed to be bad for it do not stand to scrutiny:

Bullion climbed during the previous tightening cycle in 2004-2006. Plus, the S&P 500 Index has doubled in the past seven years, and any prolonged reversal of the stock market boom could increase demand for gold. 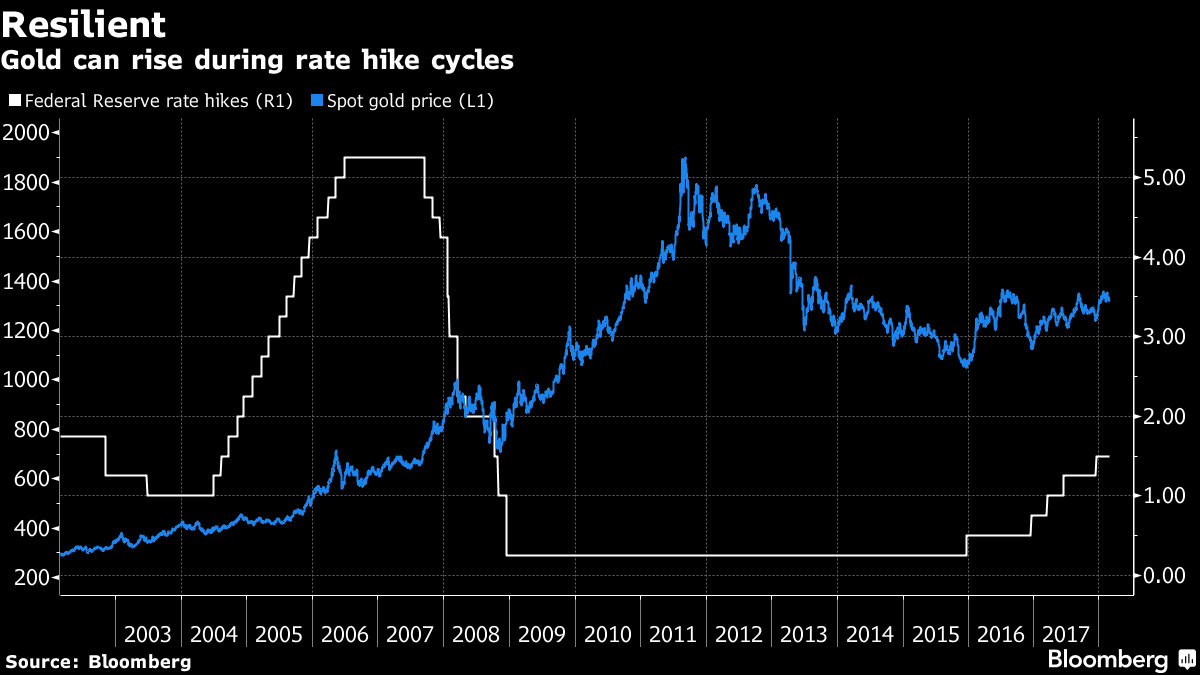 Higher inflation expectations due to rising oil prices have been supportive for gold, according to a report in February from Goldman Sachs Group Inc., which sees prices reaching $1,450 by the end of the year. 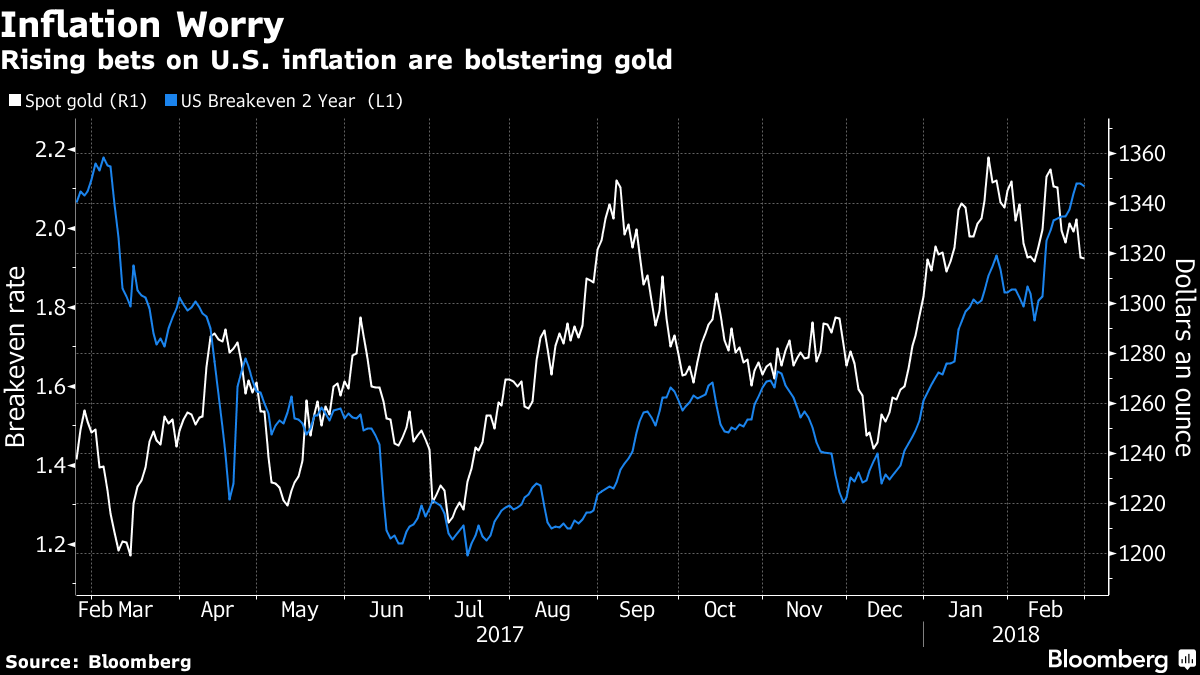 Other drivers have been strong emerging market growth and some potential hedging demand in a choppy market environment, it said. JPMorgan Chase & Co. also says rising inflation will benefit commodities, including precious metals.