·        Gold edged moderately higher last night, trading in a narrow range of $1506 - $1510 with activity somewhat muted ahead of this morning’s much awaited US Employment Report.

·        News that Carrie Lam invoked emergency powers and announced a face mask ban on Hong Kong protestors ahead of the weekend heightened tensions and was also gold supportive.

Gold retreats to $1496 on a steady US Payroll Report

·        US stocks opened stronger, and held firm into the late morning (S&P +24 to 2934), with gains in Apple (reports Apple asked iPhone 11 suppliers to increase production by 10%) and the IT, Communication Services, and Health Care sectors leading the advance.

·        A rebound in oil (WTI to $53.32) aided the move along with some upbeat comments on US –China trade from White House Economic Advisor Larry Kudlow (There could be positive surprises coming out of these talks, coming into this, China has been buying some commodities – a small amount, but perhaps a good sign).

Stronger US stocks press gold back to $1502

·        Equities continued to rise into mid-day (S&P +30 to 2940), helped by some positive comments on US –China trade from Trump (good chance of making biggest trade deal ever with China).

·        Some slightly hawkish comments from the Fed’s Rosengren (monetary policy is currently accommodative, expects 1.7% growth for remainder of 2019, cited strong auto report, strong consumer, just had two rate cuts,  takes a while to take effect) and Bostic (optimistic on the economy, still expects above trend growth for 2019), were dollar supportive and weighed on gold

·        In the afternoon, US stocks were knocked off of their highs (S&P + 27 to 2937) from some not so dovish comments from the Fed’s Powell (cited unemployment at 50-year low, economy in a good place, failed to mention this week’s lackluster data - weak ISM, Factory Orders, Durable Goods, Construction Spending).

Stocks finish on their highs, gold goes out $1504 bid

·        Open interest was up 4.5k contracts, showing a net of new longs from yesterday’s advance.

·        Volume was a little higher and remained very robust with 422k contracts trading.

·        While this was a significant reduction, this NFLP is still very large, and reflects how very crowded the long side of gold is currently.

·        It will begin to be an impediment for further upside gains, and the swelling of gross longs  (323k contracts) can hasten and exaggerate downside moves  – if  / when the longs are forced to liquidate

·        Disappointed that gold couldn’t finish in positive territory today, given the pullback in the US 10-year bond yield and the dollar.

·        However, some bulls were satisfied with the minor loss, given the magnitude of strength in equities off of the positive Jobs Report

·        Despite the agreement between the US and China to meet next week, bulls feel that this issue won’t be solved anytime soon, and instead expect further escalation of the trade war to ensue.  They feel this will add to further uncertainty, and increase the probability of a more severe global economic slowdown.

·        Probabilities of future rate hikes have increased in recent days off of the weak US economic data (especially large misses on both ISM Manufacturing and ISM Services) - Fed Fund Futures show:  76.4% chance of a 25bp cut at the October meeting, a 40.6% probability of two 25bp cuts by the December meeting, and a 23.4% likelihood of three 25bp cuts by the January meeting - and bulls see a rate cutting environment one in which gold can flourish

·        Bears will take today’s pullback, but some were looking for more – given how strong the equity bounce was today.

·        Feel that markets are back to overestimating the probabilities of future Fed rate cuts, feel that the downward pressure on bond yields was also overdone, and that a modest reversal should allow the US dollar to strengthen further against other currencies as they feel the dollar still remains the “cleanest dirty shirt in the laundry basket” with the US as the sole global growth engine. Recent soft data for both Germany and the Eurozone (weak German and Eurozone Services PMI’s yesterday) that drove the German 10-year yield further into negative territory over the past months (German bund yield remains negative and not far from record lows of  -0.743%) underscores this view.

·        Feel a US-China trade deal is in both sides’ best interests, and feel that the recent agreement to resume negotiations next week and future similar conciliatory actions will be viewed as positive steps by markets, which should help equities to continue to rebound and will put downward pressure on the yellow metal.

CME - Is gold about to outperform equities?:   https://www.cmegroup.com/education/featured-reports/is-gold-about-to-outperform-equities.html?utm_source=pardot&utm_medium=email&utm_campaign=economic_research

CME – 7 themes to ponder as we head for 2020:   https://www.cmegroup.com/education/featured-reports/seven-themes-dominating-economic-landscape.html?utm_source=pardot&utm_medium=email&utm_campaign=economic_research 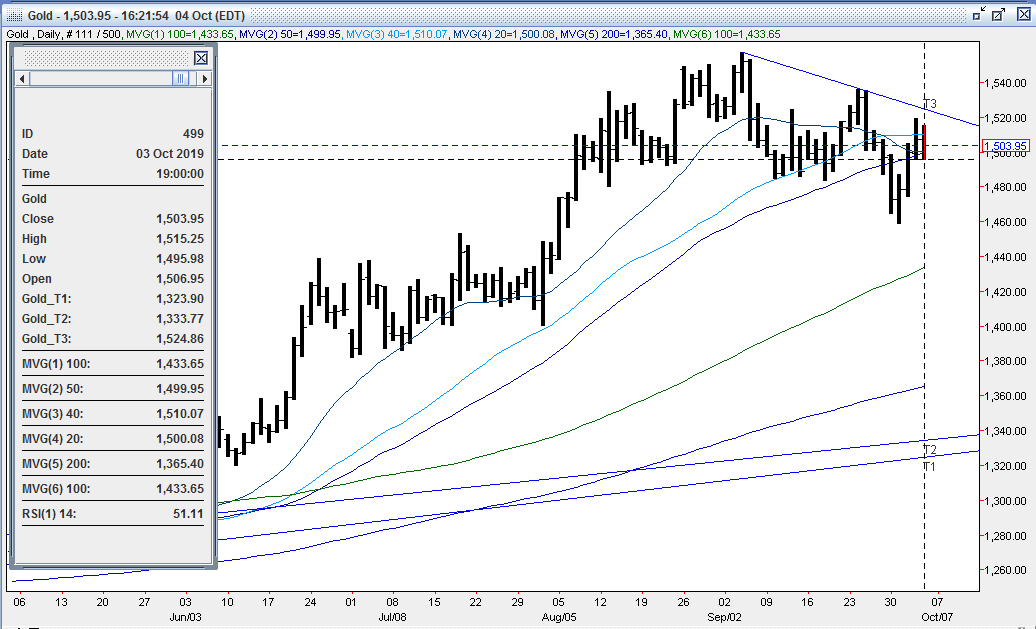 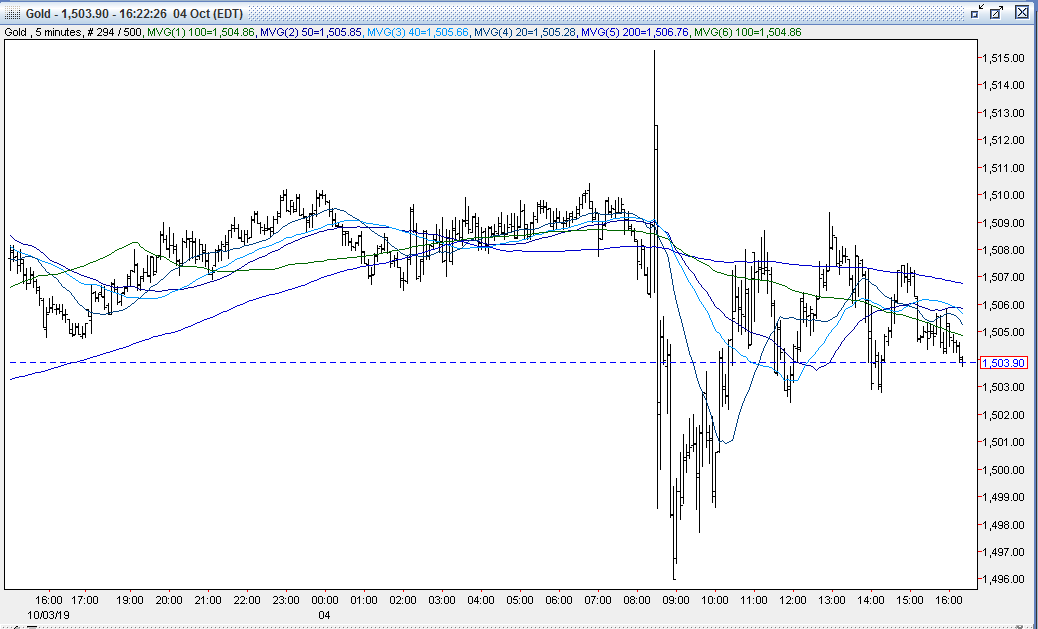 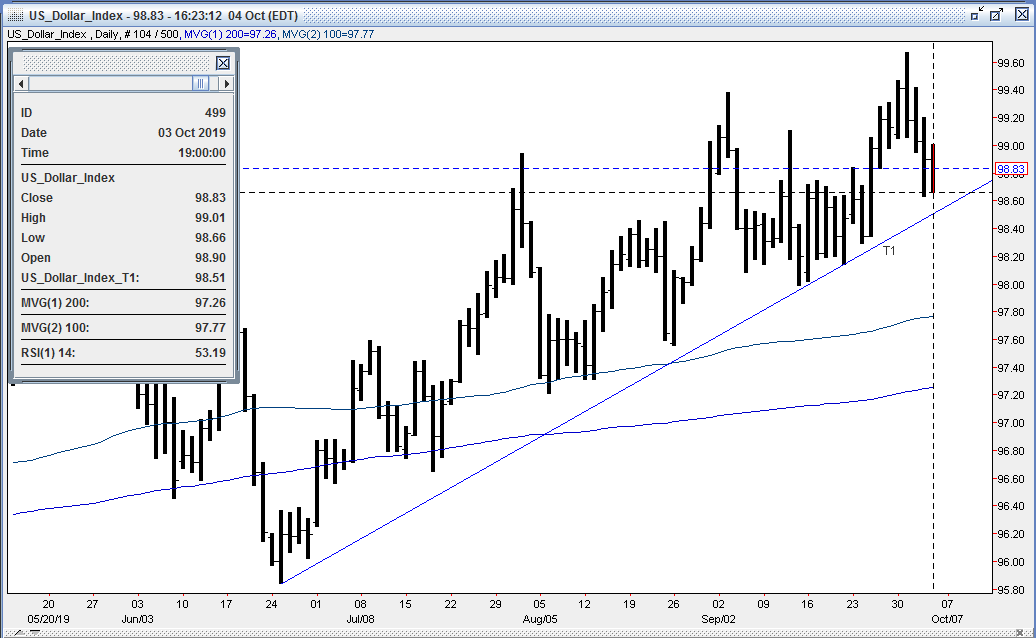 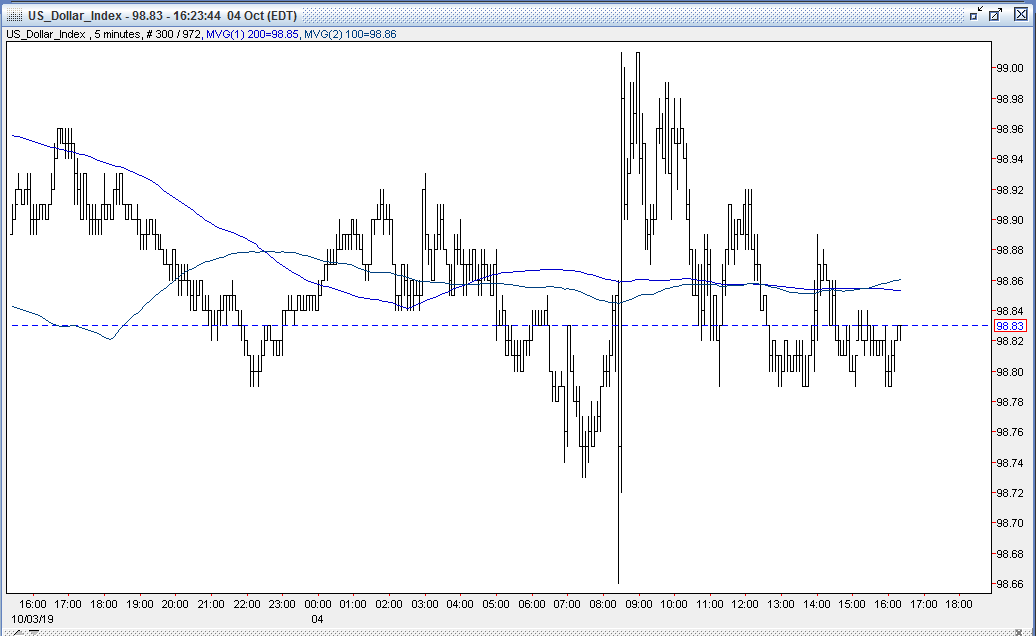