·        It climbed to its $1511 high during Asian and early European time, taking out the double top resistance from the prior two sessions, but lacked follow through to challenge next resistance at $1515.

·        The yellow metal retreated to its $1500 low later during European time, pressured by a climb in S&P futures (+29 to 2921) on news that China was still open to a partial trade deal –despite the recent rancor - offering to increase purchases of agricultural goods in exchange for the US not imposing additional tariffs.

·        However, as we’ve seen many times in the recent past, bargain hunting buying emerged before the NY open to lift gold back to unchanged at $1506.

Gold climbs to $1509 off of weaker JOLTS and Wholesale Inventories

Firming US stocks press gold down to $1503 near mid-day

·        Into mid-day, US equities edged up (S&P +32 to 2925), taking out their opening highs.  Gains in the IT, Energy, Consumer Discretionary, and Financials sectors led the advance.

·        The rally was helped by more somewhat dovish comments from Fed Chair Powell (Fed’s job to keep economy in a good place as long as possible, discussed yesterday’s bond buying program) - but no matter how he tries to explain it is not QE, markets seem to perceive it as such.

Gold recovers to $1508 ahead of FOMC minutes

·        US equities pared some gains in the early afternoon, but remained fairly firm ahead of this afternoon’s release of the minutes from the 9/18 FOMC meeting.

·        Open interest was up 2.4k contracts, reflecting a net of new longs from yesterday’s rally. 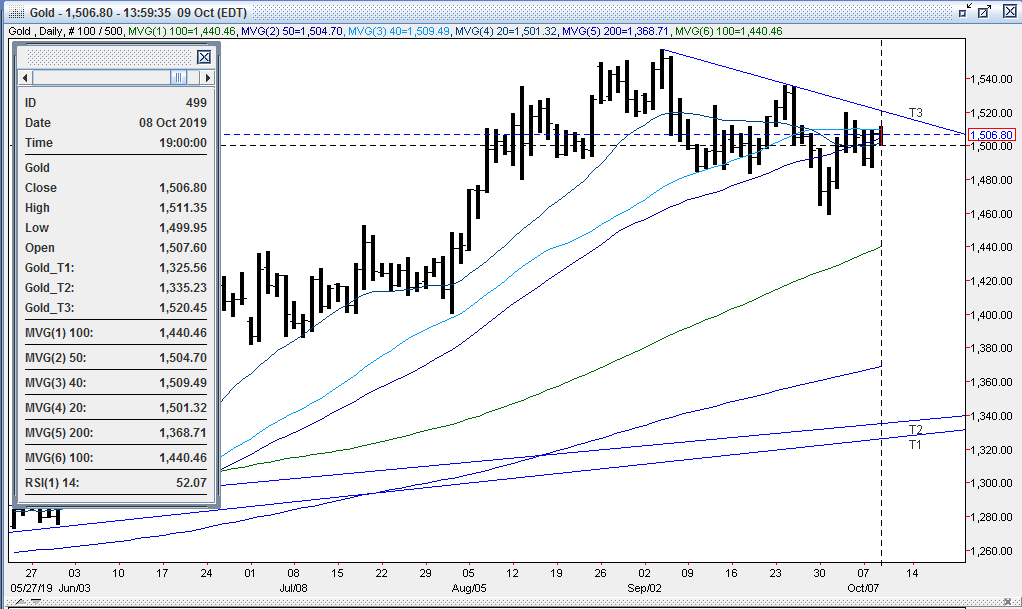 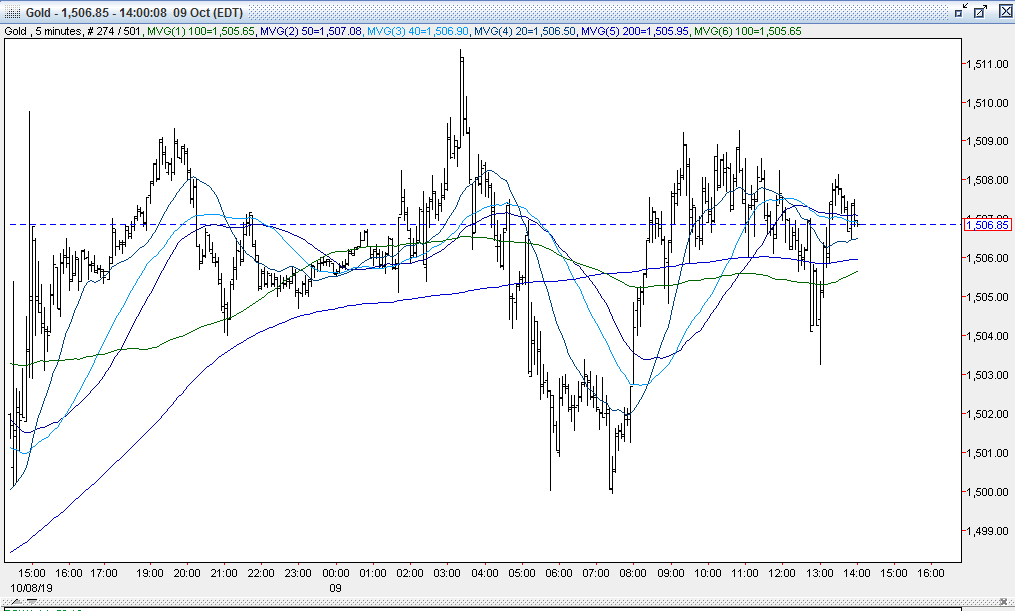