·        Bargain hunting buying – which has been prevalent in gold’s 4-month rally - was evident again last night, as well as safe haven bids with the Saudi – Iran tensions escalating from the Saudis claiming yesterday that Iran was “unquestionably responsible” for attacking its Abqaiq oil facility last Saturday, while Iran threatened “all-out war” if it is attacked in response.

Gold ignores stronger US data on Jobless Claims and Philly Fed, climbs to $1504.50

·        Stronger readings on US Existing Home Sales (5.49M vs. exp. 5.38M) and Leading Indicators (flat vs. -0.1%) at 10 AM along with announcement by Microsoft authorizing $40B in share buybacks and an increase in its dividend along with some optimism in US –China trade talks (deputies resume negotiations in Washington today for the first time in nearly 2 months) aided the move.

Gold bounced to $1501.50 as optimism over a Brexit deal lift the pound and soften the dollar, US stocks pare gains on tough rhetoric on US-China trade

·        In the afternoon, US stocks pared gains (S&P +2 to 3008), hurt by a tweet from China’s Global Times Editor Hu Xijin (Both China and the US should cherish the current talks. Many US officials easily misread China's goodwill, think it shows Beijing's weakness. China doesn't like talking tough before the negotiations, but I know China is not as anxious to reach a deal as the US side thought), along with tough rhetoric from Trump advisor Michael Pillsbury (US is set to ramp up pressure on China  -tariffs  can go to 50-100% - if a trade deal ins not agreed soon)

·        The DX retreated to make a fresh session low at 98.20, weighed by strength in the pound ($1.2560, EU’s Junker said if objectives of the backstop are met through alternative means, it won’t be needed and that there could be a Brexit deal by the October deadline).

Gold finishes at $1499 bid and holds above trendline support

·        Open interest was off 2.5k contracts, showing a net of long liquidation from yesterday’s decline.

·        Encouraged that gold was able to shrug off yesterday’s hawkish message from the Fed, and rebound back over $1500 overnight.

·        Bulls remain pleased with the strength and consistency of bargain hunting buying on price declines, which has limited the degree of the price corrections in this 4-month old rally.

·        Benefitted from the recent escalation of the ongoing trade war between the US and China (Pillsbury and China’s Global Times today) that led to both sides increasing tariffs earlier this month along with increasing tough rhetoric.

·        Despite Powell and the Fed not projecting as dovish as some would have liked yesterday, markets are still anticipating the Fed will continue to cut rates going forward.  This declining rate environment should continue to support further gains in gold.

·        Though probabilities for future rate cuts declined again today, Fed Fund Futures still predict the Fed continuing to cut rates going forward:  47% chance of a 25bp cut at the October meeting, 48.8% probability of a cut by the December meeting, and a 27.5% likelihood of two 25bp cuts by the January meeting.

·        Bears were disappointed with today’s advance in gold – given the hawkish Fed, and the stability in US stocks, the 10-year bond yield, and the US dollar

·        Concerned with the persistent bargain hunting buying that has cushioned downside moves (bargain hunting bids emerged in the mid-$1480’s last night to take the market back above the key trendline at $1498, additional dip buying around the trendline both this morning and this afternoon today, level held on the close.

·        Feel that markets are still a bit over their skis on rate cut predictions, feel that the downward pressure on bond yields was also overdone, and that a modest reversal should allow the US dollar to strengthen further against other currencies as they feel the dollar still remains the “cleanest dirty shirt in the laundry basket” with the US as the sole global growth engine. Recent soft data for both Germany and the Eurozone (weak EU auto registrations reported yesterday) that drove the German 10-year yield further into negative territory over the past months (German bund yield remains negative and not far from record lows of  -0.743%) underscores this view.

·        Feel a US-China trade deal is in both sides’ best interests, and feel that the recent agreement to resume negotiations next month and future similar conciliatory actions will be viewed as positive steps by markets, which should help equities to continue to rebound (S&P within 75bp of its all-time high), and will put downward pressure on the yellow metal. 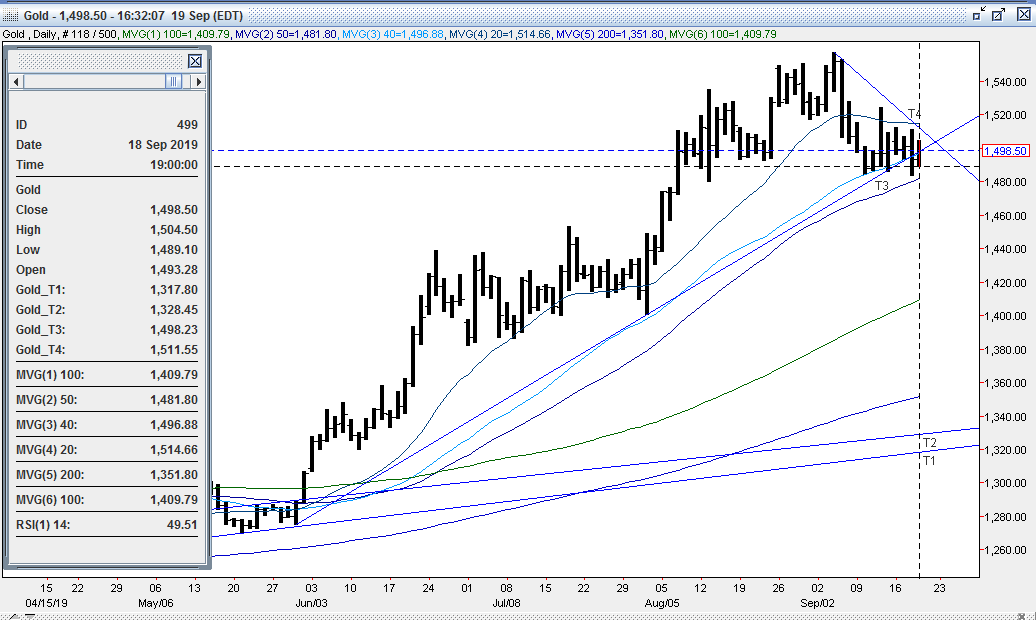 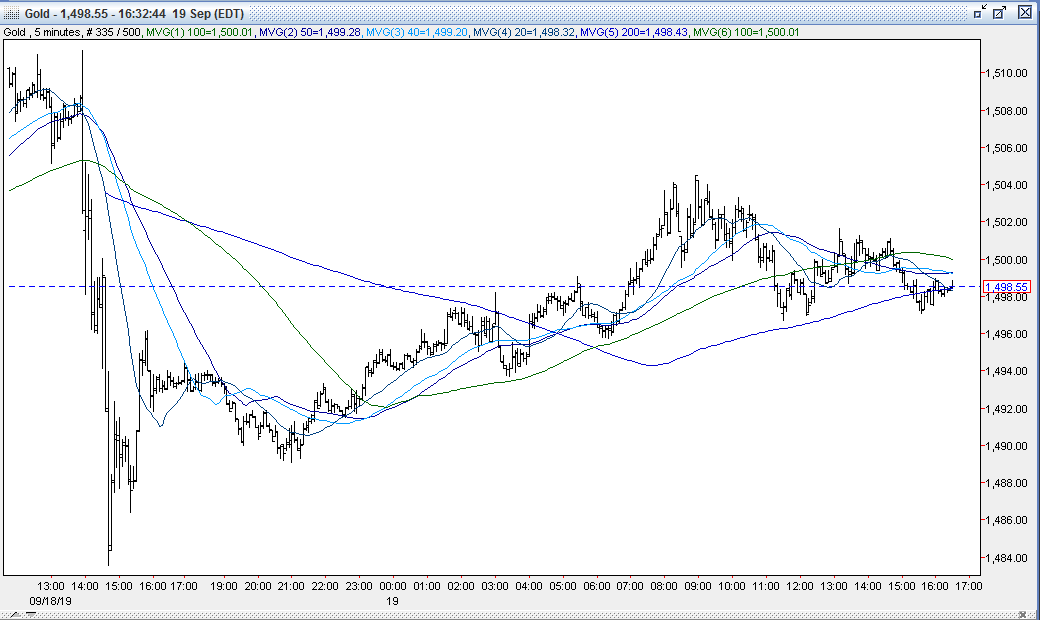 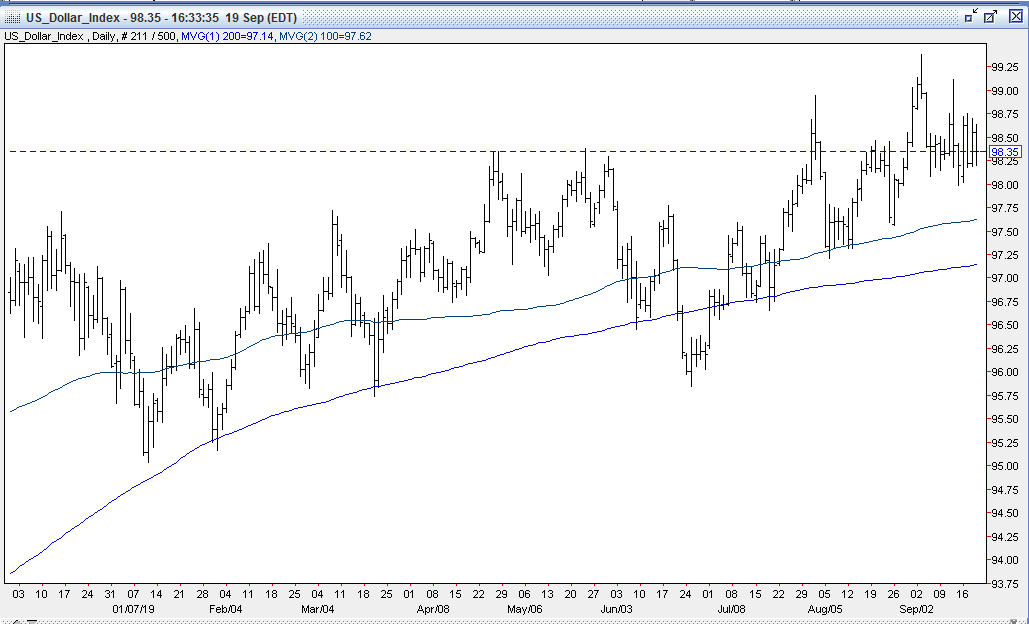 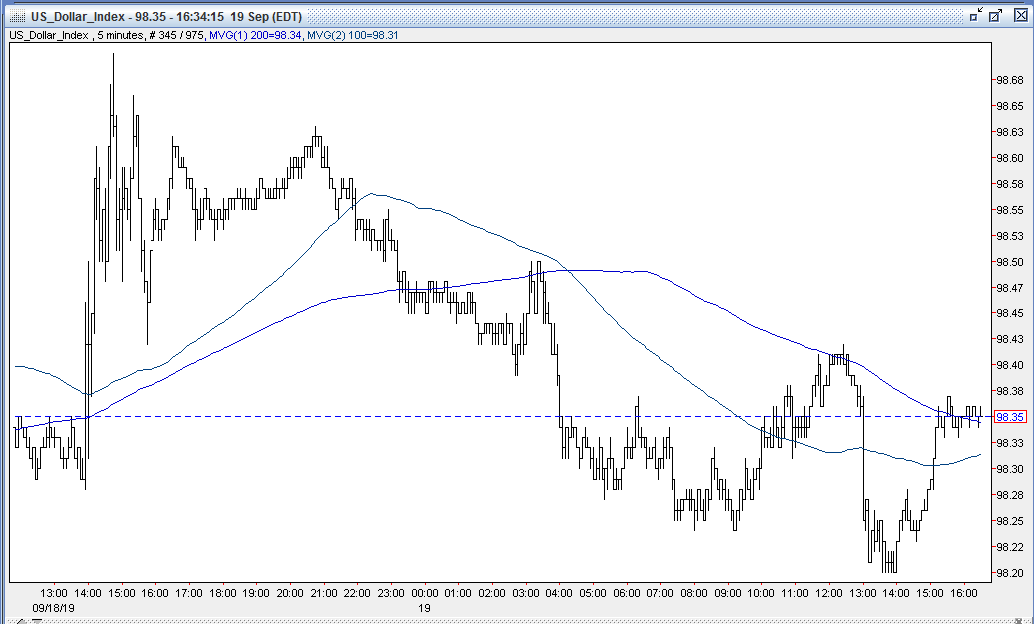