·        Softness in the yen (107.49, BOJ’s Kuroda hinted at further easing) was overshadowed by strength in the pound ($1.2414 - $1.2487, UK Supreme Court ruled Johnson acted unlawfully in suspending Parliament, raised expectations of a softer Brexit) and the euro ($1.0983 - $1.1005) which was lifted by a better than anticipated reading on Germany’s IFO Business Climate Index.

·        Equities were lifted from optimism around the US –China trade talks, as China granted waivers US soy purchases, and Treasury Secretary Mnuchin confirmed he and US Trade Representative Lighthizer would meet with Chinese Vice Premier Liu He for continued talks in two weeks.

·        Gains in Apple along with the Utilities, IT, and Consumer Staples sectors led the advance.

Gold rallies to $1526 against weaker US Consumer Confidence Report, tough talk from Trump at the UN

·        Losses in Netflix and the Energy, Consumer Discretionary sectors led the decline with softer oil prices (WTI to $57.40) contributing

·        Around mid-day, news that House Speaker Pelosi was going to make an announcement on possibly impeaching Trump knocked stocks further down (S&P -33 to 2958).

·        In the afternoon, news that Trump authorized release of the transcript of his controversial call with Ukranian President Zelensky in an attempt to mitigate calls for impeachment took US stocks off of their lows (S&P off 14 to 2978).

Gold recovers to $1533 as US stocks finish lower

·        Open interest was up 12.4k contracts, showing a good chunk of new longs in from yesterday’s advance.

·        Bulls remain pleased with the strength and consistency of bargain hunting buying on price declines, which has limited the degree of the price corrections in this 4-month old rally (dip buying strongly defended the up trendline from 5/30 $1275 low in the past week

·        Benefitted from the recent escalation of the ongoing trade war between the US and China (Trump’s dressing down of China at the UN today)  that led to both sides increasing tariffs earlier this month along with increasing tough rhetoric.

·        Despite Powell and the Fed not projecting as dovish as some would have liked last Wednesday, markets are still anticipating the Fed will continue to cut rates going forward.  This declining rate environment should continue to support further gains in gold.

·        Though probabilities for future rate cuts have declined recently, Fed Fund Futures still predict the Fed continuing to cut rates going forward:  64.1% chance of a 25bp cut at the October meeting, a 30.3% probability of a 2nd cut by the December meeting, and a 12.7% likelihood of three 25bp cuts by the January meeting - and bulls see a rate cutting environment one in which gold can flourish

·        Bears were disappointed with today’s gain in gold, but with the rout in stocks, the significant decline in the US 10-year bond yield and the dollar, some were encouraged that gold’s advance was as limited as it was.

·        Concerned with the persistent bargain hunting buying that has cushioned downside moves (bargain hunting bid staunchly defended the up trendline from 5/30 $1275 low in recent sessions, preventing a significant amount of long liquidation

·        Feel that markets are still a bit over their skis on rate cut predictions, feel that the downward pressure on bond yields was also overdone, and that a modest reversal should allow the US dollar to strengthen further against other currencies as they feel the dollar still remains the “cleanest dirty shirt in the laundry basket” with the US as the sole global growth engine. Recent soft data for both Germany and the Eurozone (Expectations Component of today’s German IFO Report weak) that drove the German 10-year yield further into negative territory over the past months (German bund yield remains negative and not far from record lows of  -0.743%) underscores this view.

All markets will continue to focus on geopolitical events (especially Brexit news and Saudi - Iran tensions, Hong Kong protests), developments with the Trump Administration (especially on US-China trade, potential legal issues), oil prices, and will turn to reports tomorrow on Japan’s BOJ Policy Minutes, German GfK Consumer Confidence, US New Home Sales, Oil Inventories, and comments from the ECB’s Coeure and Lautenschlaeger, and the Fed’s Evans, George, and Kaplan for near term direction. 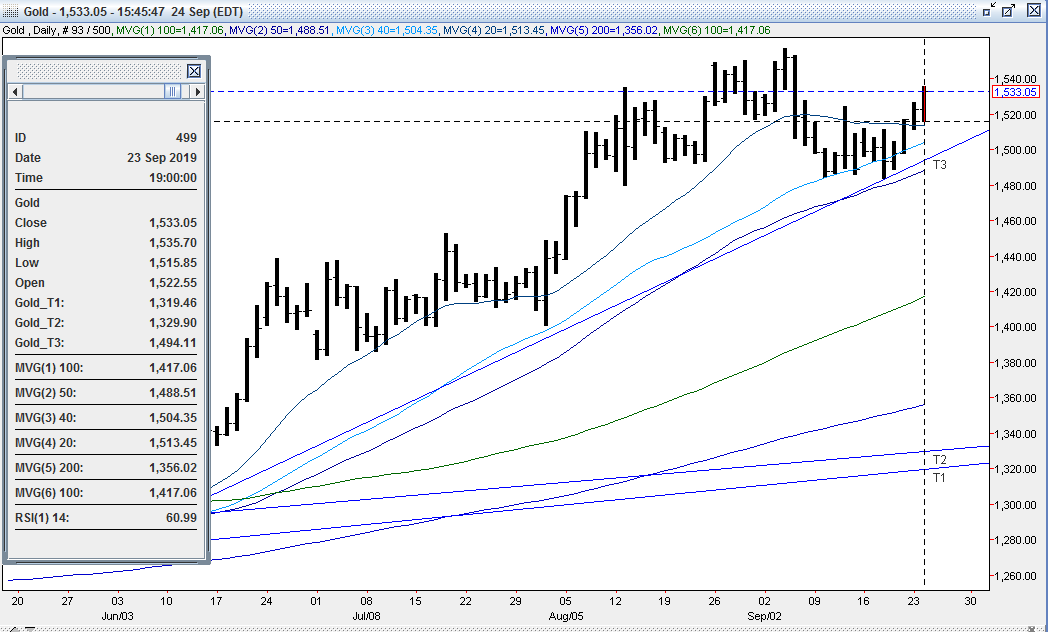 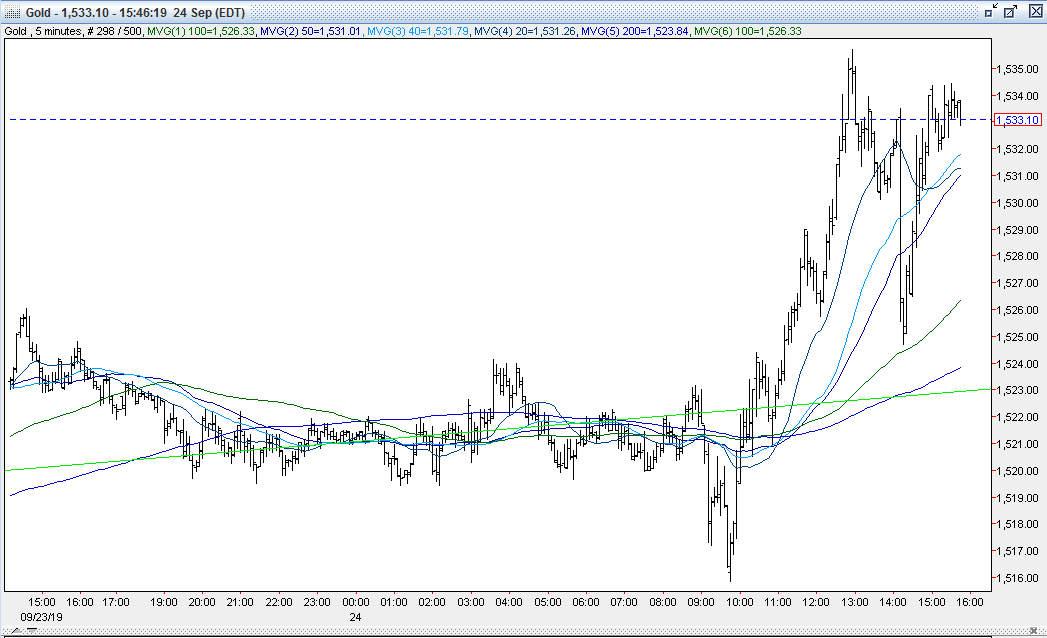 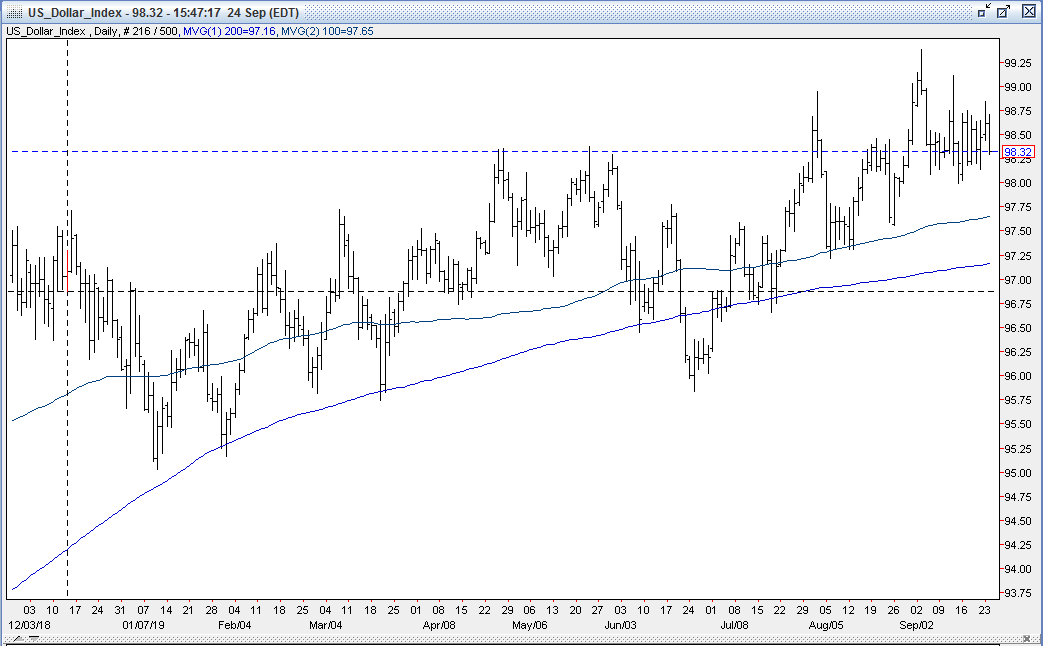 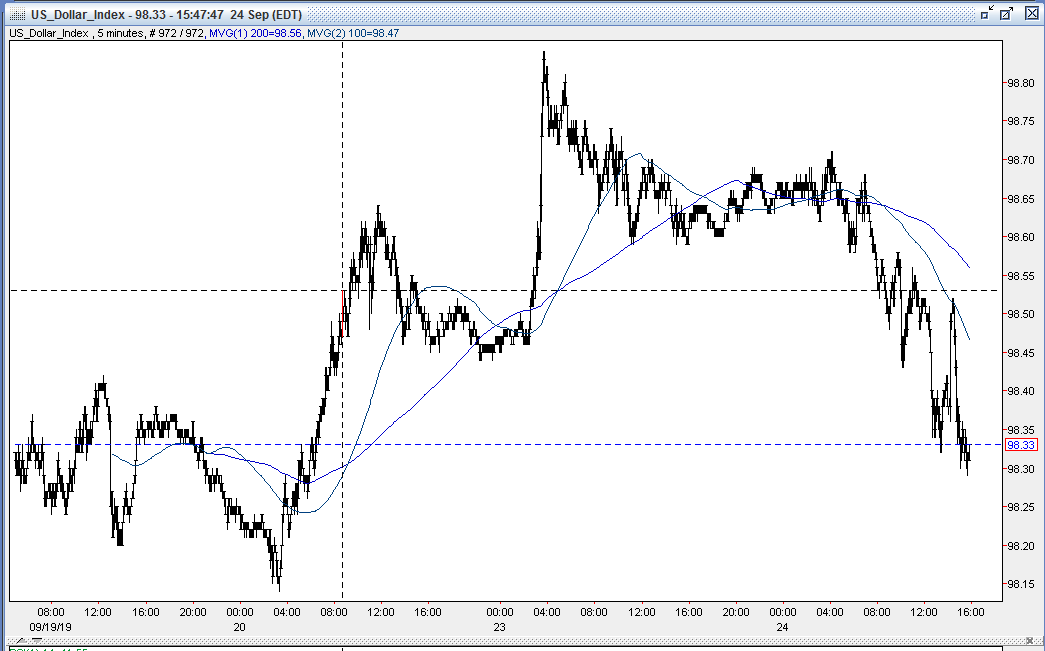