Overnight – gold slips to $1526 against firmer US dollar

·        Equities were weighed by US political uncertainty on Speaker Pelosi’s announcement of a formal impeachment inquiry of Trump yesterday afternoon, and a softer Chinese Beige Book (manufacturing, property, and services sectors all worsening).

·        However, late during European time, S&P futures recovered to unchanged helped by strength in Nike (stronger earnings report last night) Phillip Morris and Altria (called off merger talks) – but was checked from some not so dovish comments from the Fed’s Evans (optimistic view of the US eco, growth slightly above trend, current policy is well positioned) which combined to help push gold to its $1526 low.

·        US stocks strengthened after their open (S&P +9 to 2976), helped by a much stronger than expected reading on US New Home Sales (713k vs. exp. 656k) and the release of a rough transcript of Trump’s call with Ukrainian President Zelensky which didn’t appear to show an explicit quid pro quo.

·        However, an even larger surprise build in US Oil Inventories than the API showed last night reported by the EIA that took oil down to $55.63  - mitigated the advance in stocks

·        Around mid-day, comments from Trump that a US-China trade deal could arrive sooner than expected along with an announcement from Trump and Japan’s PM Abe on an emerging US-Japan trade deal lifted US stocks further (S&P +12 to 2978), with gains in the Financials, Industrials, and Consumer Discretionary sectors leading the rally.

·        However, as we’ve witnessed countless times during gold’s rally in past months, bargain hunting buying emerged to lift the market up to the $1505-07 area.

·        In the afternoon, US stocks continued to firm (S&P reached 2989 before finishing +18 to 2985), helped by some dovish remarks from the Fed’s lead dove James Bullard (would have been better to have made a greater rate cut at last meeting, research shows you need to use the tools you have instead of keeping your powder dry, I think we have a little more to go on rate cuts).

·        Open interest was up 11.6k contracts, reflecting a sizeable amount of new longs from yesterday’s rally.

·        Bulls remain pleased with the strength and consistency of bargain hunting buying on price declines ($1500 defended twice today), which has limited the degree of the price corrections in this 4-month old rally (dip buying strongly defended the up trendline from 5/30 $1275 low in the past week

·        Benefitted from the recent escalation of the ongoing trade war between the US and China (Trump’s dressing down of China at the UN yesterday)  that led to both sides increasing tariffs earlier this month along with increasing tough rhetoric.

·        Despite Powell and the Fed not projecting as dovish as some would have liked last Wednesday, markets are still anticipating the Fed will continue to cut rates going forward (dovish comments from Bullard today).  This declining rate environment should continue to support further gains in gold.

·        Though probabilities for future rate cuts have declined recently, Fed Fund Futures still predict the Fed continuing to cut rates going forward:  53.4% chance of a 25bp cut at the October meeting, a 22.1% probability of a 2nd cut by the December meeting, and a 7.8% likelihood of three 25bp cuts by the January meeting - and bulls see a rate cutting environment one in which gold can flourish

·        However, still concerned with the persistent bargain hunting buying that has cushioned downside moves (in front of $1500 twice in today’s session, several times last week defending the up trendline from 5/30 $1275 low

·        Feel that markets are still a bit over their skis on rate cut predictions, feel that the downward pressure on bond yields was also overdone, and that a modest reversal should allow the US dollar to strengthen further against other currencies as they feel the dollar still remains the “cleanest dirty shirt in the laundry basket” with the US as the sole global growth engine. Recent soft data for both Germany and the Eurozone (Expectations Component of yesterday’s German IFO Report and Monday’s PMI data weak) that drove the German 10-year yield further into negative territory over the past months (German bund yield remains negative and not far from record lows of  -0.743%) underscores this view. 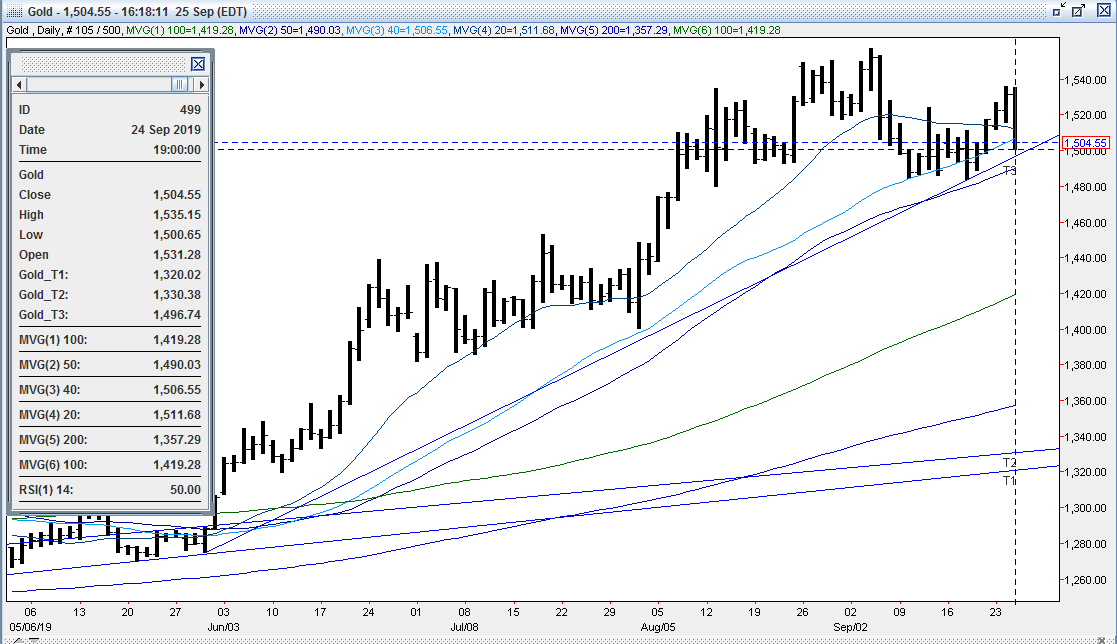 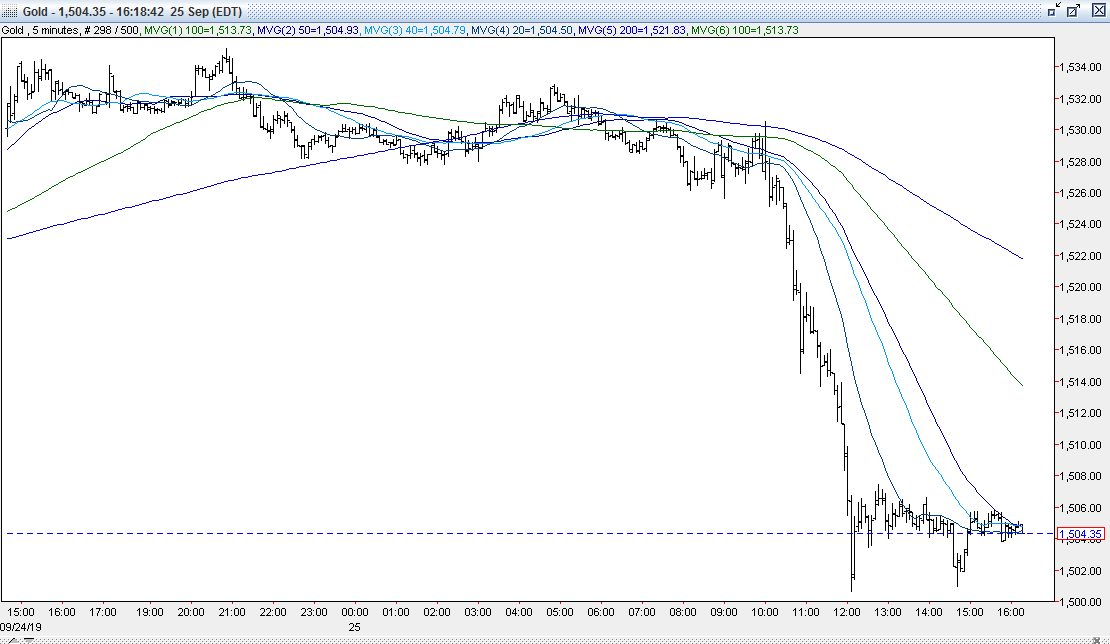 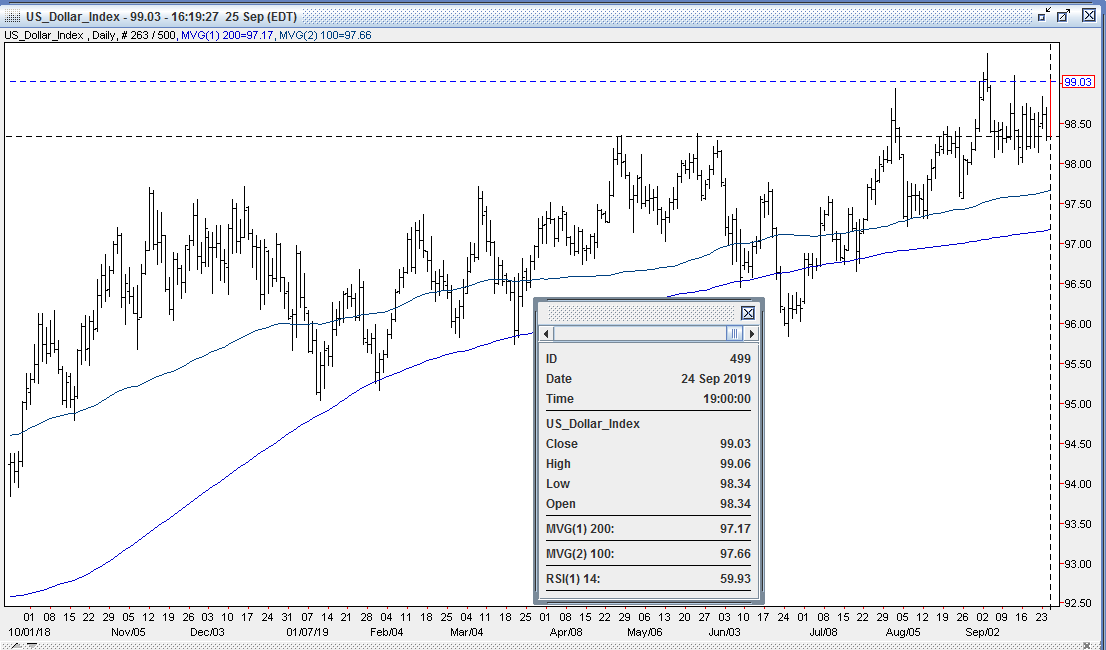 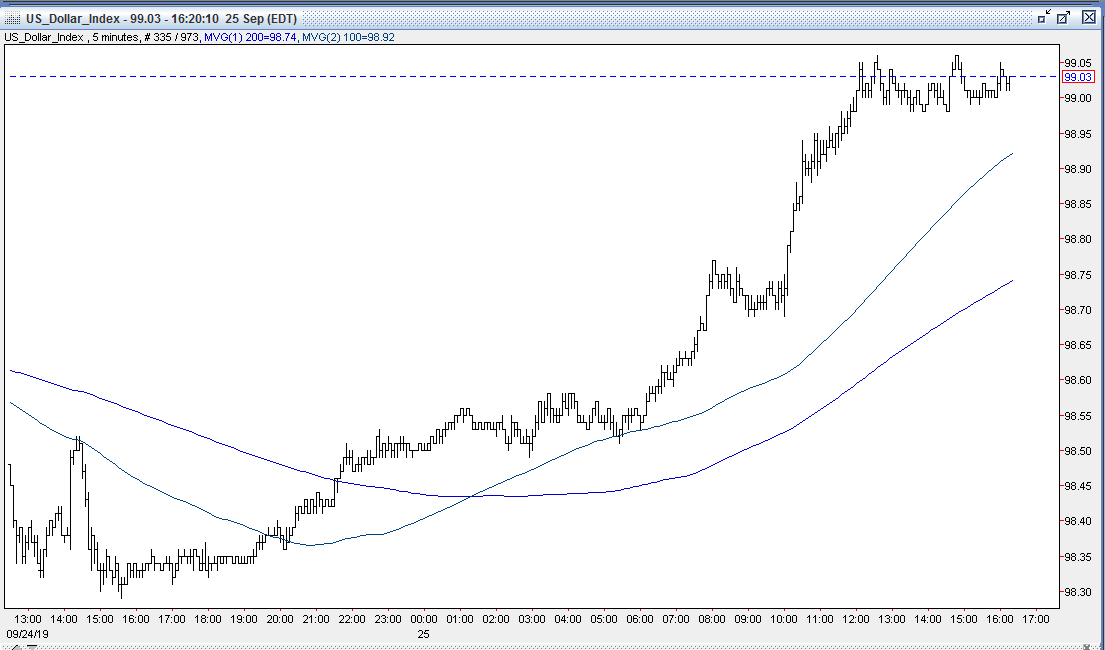