Has the UK Election Impacted the Gold/Silver Market? 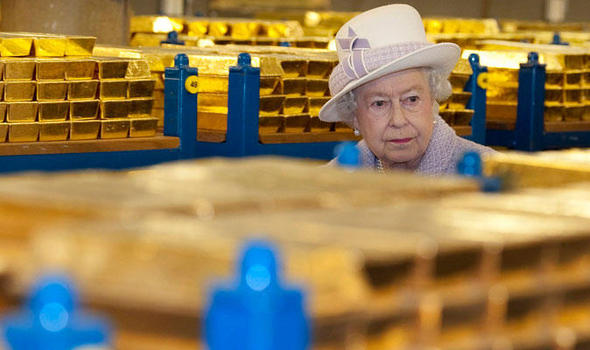 Has the UK Election Impacted the Gold/Silver Market?

The UK election on the 8th June saw a shock result in which Theresa May’s Conservative Party lost 13 seats and its majority in the House of Commons. The effects of this are still ongoing, as there is now much uncertainty as to the future governance of the country, especially in light of looming Brexit negotiations. The already weakened pound, which had shown signs of recovery, was seen to plummet in value once again. Here is a look at the election’s effects on the gold and silver markets.

As a safe haven asset, gold is usually seen to rise in value in times of economic and political uncertainty/crisis. After the Brexit referendum in 2016, gold soared in value, increasing by 22% against sterling. This illustrates how many investors jump straight to gold whenever there is instability in the markets.

This is because gold’s intrinsic value rarely decreases, so it is viewed as a stable commodity against volatile assets like currency. It is no surprise, therefore, that gold prices had reached a six week high just before election day in the UK.

Unlike gold, silver has industrial uses, and its value has increased more than any other commodity since 2002. Its price can be affected by a greater variety of factors, although it is known to mimic the market behaviour of gold to an extent.

Investors have been stockpiling the commodity for a number of years now, given that supply has been steadily declining whilst demand increases. Like gold, silver is very much viewed as an effective long-term investment, despite industrial supply and demand causing the market to be slightly more volatile.

It is common to see a surge in demand for these metals before a major political event, as people want a safety net if their other assets are adversely affected by the result. This election was particularly important because of the ongoing Brexit process, which was the main reason it was called in the first place.

Since Brexit will, in nearly all cases, have a significant impact on the British economy, the elected government will have a major influence over the future of Britain’s economic policy and prosperity. Gold and silver’s steady rise in the markets before the election, with gold reaching a high of £1003.38* two days before was, therefore, unsurprising.

The pound’s significant dip in value likely contributed to gold and silver’s sudden surge, and those who invested in the metals before the election will have enjoyed a healthy return.

Naturally the extreme volatility from election day has now subsided, but it is still early days and the political landscape is not yet settled. There will no doubt be more volatility to come as the significantly weakened Conservative government struggles to dominate politically against a strengthened Labour Party opposition.

The chance of a softer Brexit is now far more likely, with access to the European Single Market a potential option in the negotiation process. The coming months could see more surges in demand for gold as investors hedge their portfolios against market volatility in the near future.

The UK election caused an upsurge in gold and silver investments before and whilst it took place. This is nothing out of the ordinary when it comes to political elections, but the results of this election in particular will have a significant impact on the Brexit process, causing heightened market sensitivity and volatility. As such, it is now a waiting game to see what the full effects of the result will be on the gold and silver markets.

Note: This has been written by a GoldSilver client that lives in the U.K., please read our disclaimer if there are any discrepancies .