Why Gold Has Been on a Tear of Late

According to Bloomberg, there are a few reasons that gold is up over $100.00 in the last 6 weeks. Notably, it's not about bitcoin as the market is too small, and growing inflation expectations are not a driver although some would argue that. It seems that move in bond yields could be the culprit at this point also the U.S. dollar has been trending downward so, hence the flight to safety.

Gold is up across the board of major global currencies 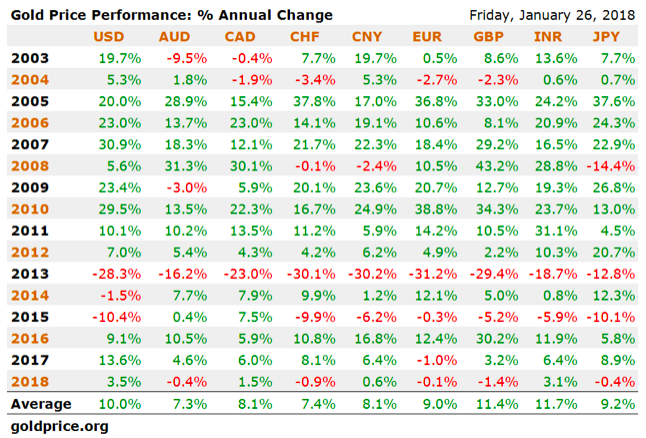 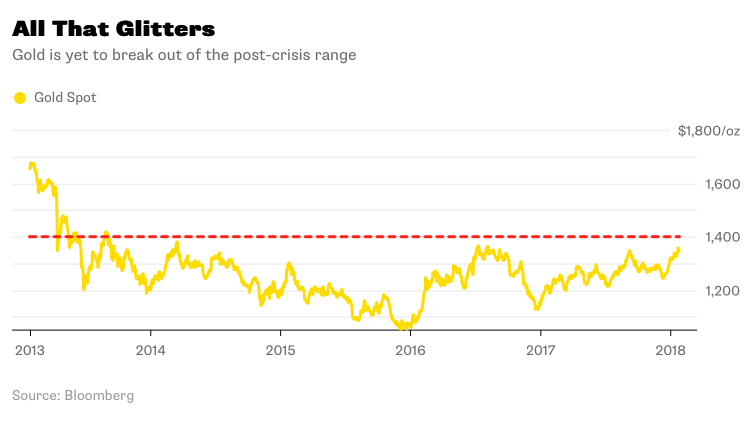 If gold breaks above $1,400.00 we could see some real fireworks fourth coming and most likely pass the high seen in the 2010-2013 debt crises

Gold is seen as the perennial hedge against inflation and all the worries of the world. While central banks can hoard it, it is -- so far -- beyond their abilities to mine more of it.

ORIGINAL SOURCE: All That Glitters Is the Dollar's Weakness by Marcus Ashworth of bloomberg.com on 1/29/18

Opinion | Too Many Smart People Are Being Too Dismissive of Inflation: NYT