Hasn’t Russia heard the good news? The Trump administration is still trying to unspill the weak-dollar milk Steve Mnuchin poured all over the market several weeks back. New economic chief Larry Kudlow, whose market prognosticating expertise included “There will be no recession in 2008. The recession debate is over. It’s not gonna happen,” says you should buy the dollar.

If there was ever a time to ignore the bloviations of US governmental financial propaganda, this is it.

Russia’s gold reserves spiked to $455.2 billion between March 2 and 9 hitting a historic high not seen since September 2014, the Central Bank announced earlier this week. 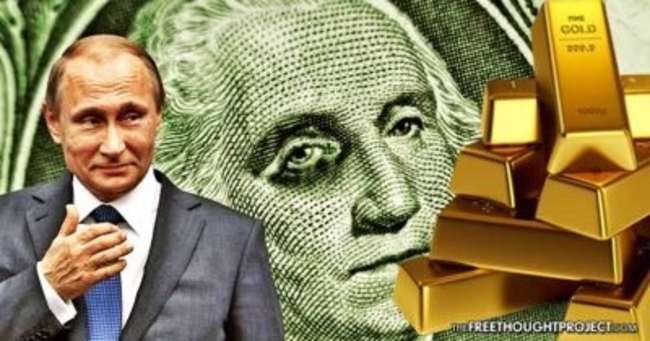 In September 2017, the Central Bank added 34.6 tons of gold to its reserves bringing the total yearly holdings to a record 1,778.9 tons – the biggest monthly increase since October 2016 making it the world’s sixth-largest gold owner after the United States, Germany, Italy, France, and China.

According to the World Gold Council, Russia is not only the largest official buyer of gold but also the world's third-biggest producer, with the Central Bank purchasing from domestic miners through commercial banks.