The Non-Nuclear Option: Will World War III Will Be Waged Economically?

It is a logical progression for the mind to make: All past world wars have been military wars employing the highest-firepower weapons available at the time. Therefore, the next war will be both military and nuclear.

Today, in the central bank age, there are avenues of war available to would-be combatants that did not exist for past generations.

The bottom line is this: Russia and China are in full support of globalist controlled institutions like the Bank for International Settlements (the central bank of central banks) and the International Monetary Fund (IMF).

The governments of both nations have called for the IMF to assert their Special Drawing Rights basket currency framework as a foundation for a new world reserve currency system. Again, both Russia and China want the IMF, a globalist controlled entity, to become the de facto ruler of a new global monetary structure. 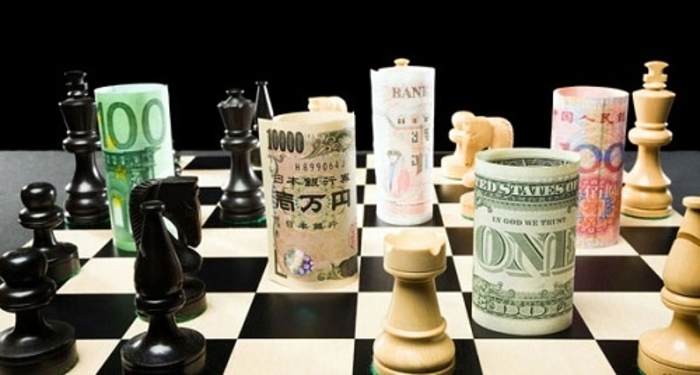 This call for a complete world monetary shift has not been taken as seriously as it should have been, primarily because mainstream economists argue that there is no alternative to the highly liquid U.S. dollar. This is no longer true, though.

With the rise of simple to generate cryptocurrencies and the easily tracked blockchain exchange mechanism, globalists now have the perfect liquidity tool for replacing the dollar as world reserve. All they need now is a crisis event to provide cover for the transition.

That is to say, the masses must be thoroughly distracted by an engineered disaster theater. This would create the proper level of fear and confusion necessary to implement full spectrum changes in the world’s fiscal systems without ample resistance from populations suffering from the effects of the reset.

It would appear that a crisis event is now being triggered in the form of an international trade war. This trade war, in my view, is designed to become so widespread that it will one day be considered a “world war.”

ORIGINAL SOURCE: World War III Will Be An Economic War by Brandon Smith at Alt-Market on 4/11/18