The Us Dollar Had It's Worst Start in Three Decades 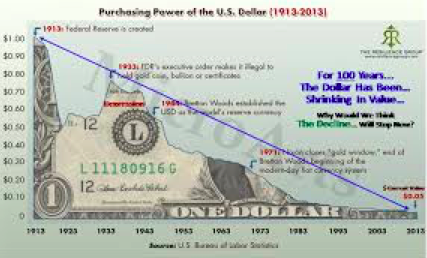 The U.S. Dollar has been losing purchasing power ever since the Federal Reserve (aka Banksters) was invented. It is inflation theft though the Fed's fiat dollar that slowly erodes our wealth. 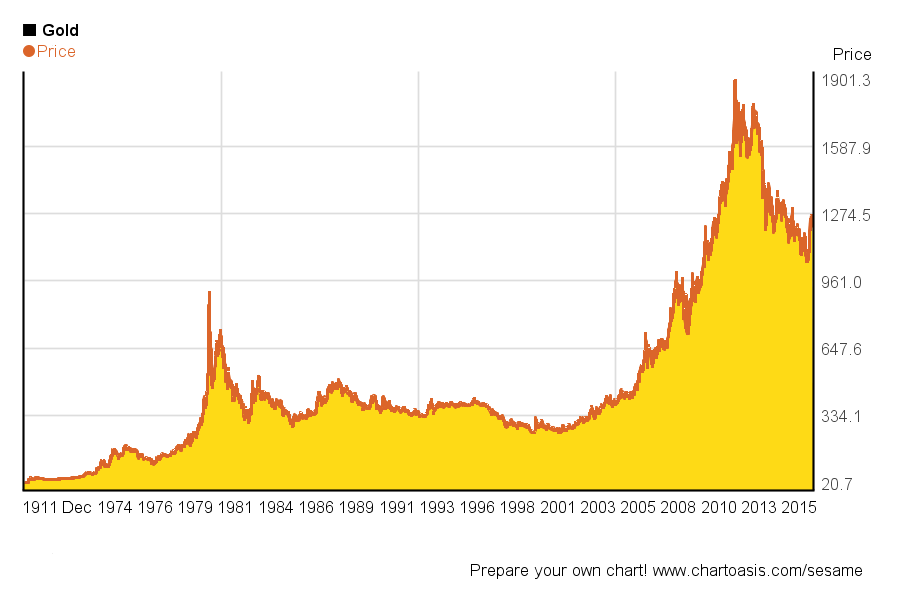 Here's an Inflation calculator to see how badly the dollar loses value over time.

click on it to take you to the calculator 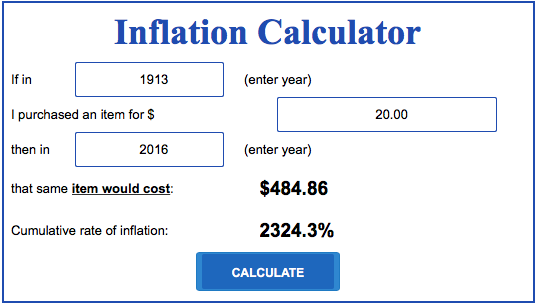 The dollar could recover only a little ground on Wednesday, after recording its worst start to the year in three decades on concerns the United States was poised to ditch a two-decade old “strong dollar” policy.

The greenback skidded 2.6% against a basket of major peers in January, its worst showing since 1987, falling first on worries over U.S. President Donald Trump’s protectionism and then on mounting concerns that the new administration was set on talking down the currency.

Those fears escalated on Tuesday when a senior trade adviser to the president, Peter Navarro, said the euro was “grossly undervalued”, sending the euro soaring above $1.08 for the first time since early December and knocking the dollar index down almost 1% to a seven-week low.

Navarro’s comments were followed by Trump himself, who complained that “every other country lives on devaluation” while the United States “sit(s) there like a bunch of dummies”.

“So far he’s clearly following through with his politics—there might be some nervousness about his taking decisions that nobody expected before that he would actually do,” said Commerzbank currency strategist Esther Reichelt, in Frankfurt.

“So there might be some kind of fear that he might actually try to order interventions and to go into confrontation with the Fed on this issue.”

Reichelt added that currency markets would be relatively calm on Wednesday ahead of the conclusion of the U.S. Federal Reserve’s latest policy meeting, though with Trump grabbing much of the headlines, the meeting has been relegated to the sidelines. The Fed is expected to keep interest rates unchanged in its first policy decision since Trump took office, as the central bank—along with the market—awaits greater clarity on his economic policies. The lack of clarity over Trump’s promised fiscal stimulus has been another factor that has weakened the dollar since the start of the year.

It had hit 14-year highs on the view that his policies would boost growth and inflation, leading to a faster pace of interest rate hikes, but it has fallen over 4% since then and is now trading less than 2% above its levels before Trump’s election.

The dollar index inched up just 0.1% on Wednesday, staying below 100 and close to the previous day’s lows, while the euro traded flat on the day just below $1.08. Against the yen, though, the dollar was half a percent higher at 113.40 yen

Despite Tuesday’s comments, which increased the prospect of Washington reversing the “strong dollar” policy advocated by presidents dating back to the Clinton administration, the U.S. currency still attracted demand.

“Trump is providing an opportunity for bargain hunters. The dollar ends up being sold on his statements, but ultimately it finds downside support as Treasury yields do not fall that much,” said Masashi Murata, senior currency strategist at Brown Brothers Harriman in Tokyo.