Will Hawaii Become the First US State to Adopt Universal Basic Income?

ORIGINAL SOURCE: Hawaii may become first US state to adopt basic income by rt.com on 6/16/17

Many countries have discussed Universal Basic Income (UBI) or AKA Helicopter Money. Many questions arise such how is such an operation financed? It is interesting to note that the idea of a UBI was first proposed by former President Richard Nixon in 1969 who took us off the gold standard in 1971. 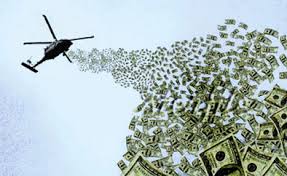