Adler on Stocks: “The Time for Patience Is Officially Over. Get Out.”

For a while now, we have seen all the makings of a bear market play out: increased inflation, geopolitical escalation, trade war shenanigans, extreme overvaluation, and now the 10-year yield topping 3%. And the list could go on.

And yet the market hasn’t broken down. A wise man once said, “If it looks like a duck, and it quacks like a duck…it’s probably a duck.” Equity prices will correct and align with fundamentals, as they always do. Those who have held risk assets until this late in the game still have a chance to get out with their Fed-policy-begotten gains intact.

I have been writing about the importance of the US Treasury market for stock investors since late last summer. As recently as just last week I told you that “Your Treasury-Fueled Windfall Ends Today.” That morning, the S&P 500 opened at 2701, down over 7 points from the April 18 close. The SPX closed yesterday at 2622.

I warned about the Treasury yield problem even before last week. On March 3, we headlined “Get Out of the Stock Market Before This Line Climbs Past 3%.” I was talking about the yield on the 10 Year Treasury note. That yield traded above 3% for about 10 minutes yesterday morning. 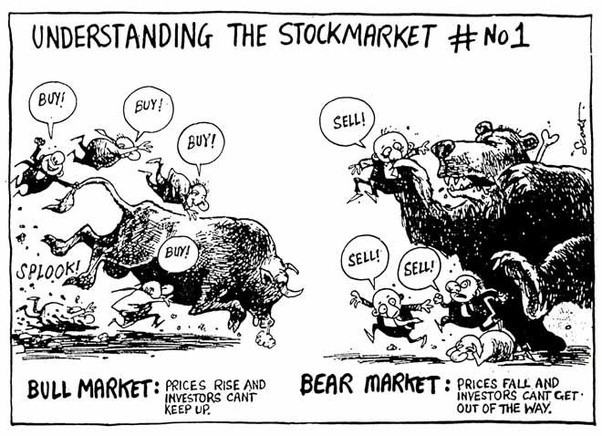 What happened? Around 10 AM, the bond selling diminished and bond buyers showed up. At the same time, an early rally in stocks peaked. Stock prices began to fall. This illustrates another fact that I have been reporting about this market.

That’s exactly what happened yesterday. There is not enough liquidity to support rallies in both markets. The problem is getting worse and it will continue to get worse.

That means that it’s now time to get out of the markets. The time for patient systematic selling has come to an end.

No more waiting, no more hedging bets or hanging around or gradual, slow withdrawal.

Take your marbles right now, and get out.

ORIGINAL SOURCE: The Time for Patience Is Officially Over. Get Out. by Lee Adler at Sure Money Investor on 4/25/18