As EM Financial Zombies Awaken, US Markets Whistle Past the Graveyard

The dissonance between the reality of emerging market financial forest fires breaking out all over the world and the US investor’s overwhelming confidence is staggering.

This is how a global crisis starts. The weakest fault lines are the first to crack. Worldwide, that is exactly what is happening. And it’s starting to creep from the true EM frontiers to the weaker economies in more established markets. 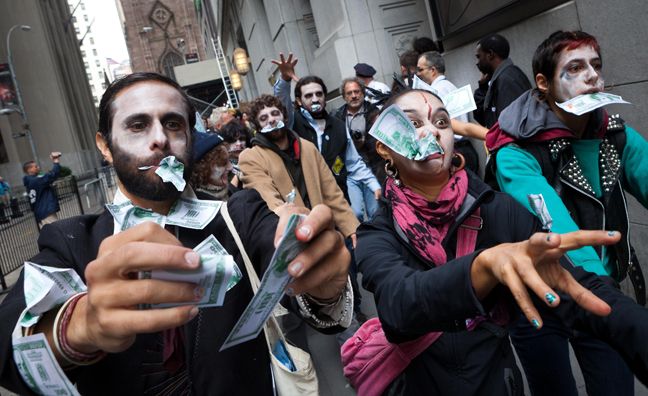 EM losses were not limited to the currencies. Yields continued surging throughout EM. Notable rises this week in local EM bonds include 54 bps in Brazil, 27 bps in South Africa, 34 bps in Hungary, 36 bps in Lebanon, 25 bps in Indonesia, 28 bps in Peru, 14 bps in Turkey, 20 bps in Mexico and 11 bps in Poland.

Previous problems have not gone away - they've instead festered and metastasized. EM debt, the China Bubble, Italy and euro monetary integration, to name just a few. This week was clearly an escalation in global de-risking/de-leveraging dynamics. How much speculative leverage has accumulated (since 2012) in Italian, Greek, Portuguese and Spanish debt? ECB rate manipulation and "money printing" stoked an artificial boom. It's come at a very steep price. Myriad problems associated with a deeply flawed monetary integration are waiting to resurface, as we're witnessing in Italy.

I know it sounds crazy - pure heresy - to most. But there's a shot that the world has commenced a crisis period that will unfold into something more comprehensive and challenging than 2008. And at least in the U.S., financial crisis is the furthest thing from people's minds. Not even on the radar. Not possible.

China’s Air Force Seems to Use Video to Simulate Attack on Us Air Base: Report

It’s Time to Rein in the Fed

US Treasury Market’s Brush With Disaster Must Never Be Repeated

Many Are Chasing the Stock Market by Day Trading in the Pandemic. It Could End Badly