As Stagflation Looms, Fed May Be Helpless to Stop It

No matter what, the Fed serves as soothsayer to the economy. You will never hear the Fed come out and say that conditions are dire or spiraling out of their control.

But the fact of the matter is that we are in completely uncharted waters when it comes to the effects of interest rate raises. There has never been anywhere close to this much interest-rate-sensitive debt in the economy, especially on the corporate front, and every time the Fed raises rates in an attempt to keep inflation at bay, that directly and negatively effects corporate balance sheets.

Damned if They Do

If the Fed's overarching goal behind recent policy is normalization, it runs the risk of stamping out the recent uptick in economic growth and inflation. Given the $70 trillion of government, consumer, and corporate debt, interest rates are economically more important today than any time in the past. As such, each step higher in interest rates and reduction in balance sheet increases the sensitivities to debt and therefore reduces economic activity. 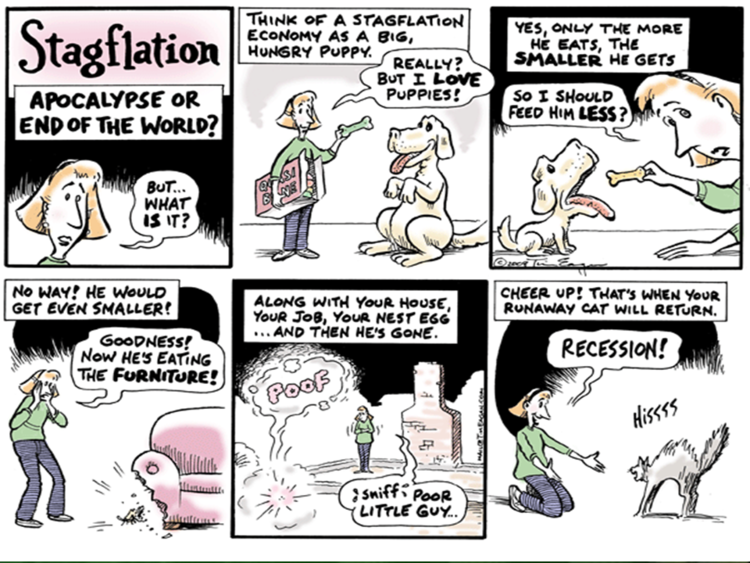 Damned if They Don't

The flip side of the argument is that if the Fed does not increase rates and reduce its balance sheet, it runs the risk that recent fiscal stimulus and dollar weakness will stoke inflation. While the Fed has a 2% inflation goal, letting inflation rise much beyond 2% would also impose upward pressure on interest rates and harm economic activity.

The biggest risk may not necessarily be slowing growth or higher inflation but the combination of both, otherwise known as stagflation. Such an environment is a worst-case scenario for the Fed where debts are harder to service due to higher rates combined with weaker wages, tax base, and corporate earnings.

Stagflation would not only increase credit defaults but put significant pressure on stock prices and other risky assets that stand at elevated valuations based on low-interest rates. Perhaps most importantly, that scenario would greatly limit any ability of the Fed to intervene if the market swoons.

ORIGINAL SOURCE: The Fed Is Walking a Tight Rope by Lance Roberts at Real Money on 5/9/18