China and Russia are playing their hand well as they just simply keep on increasing their gold holdings. In the face of global debts, trade wars and more, How long this game goes on, no one knows for sure. But one thing is for sure.  Those countries and investors with the most gold will best survive the turmoil. 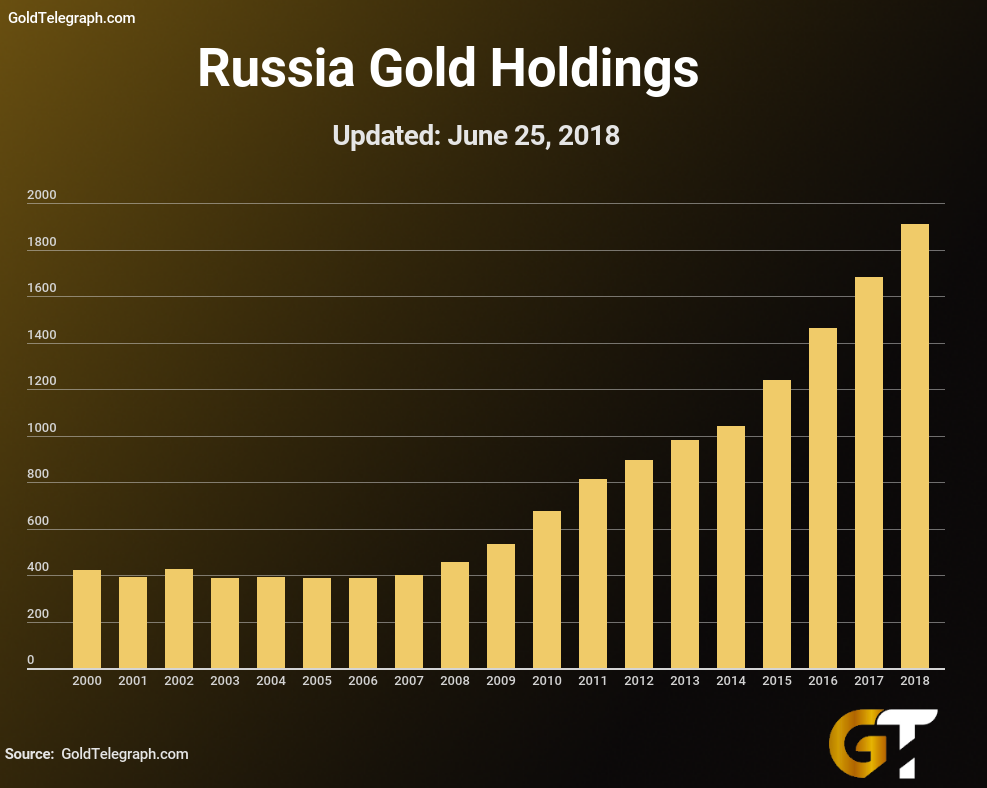 The U.S. has been keeping the price of gold artificially low via paper contracts to prevent the further devaluation of the dollar. But this has made it easier for Russia and China to buy of up and increase their already massive reserves. Other countries are following suit.

In the event of the collapse of the dollar, Russian and China are well-positioned. It is believed that both countries are considering a gold-backed currency as a hedge against the U.S. dollar. If that were to happen, the U.S. dollar, which is not gold-backed, could lose its global dominance. While the value of currency will fluctuate, gold will retain its value. Precious metal has always been an island of stability amid economic chaos.

Russia and China have been very vocal in their efforts to increase their gold supplies, while the U.S. has remained vague on its actual gold reserves. The Federal Reserve claims to have 8,311 tons of gold, but the exact amount has never been verified.

While President Trump inherited a colossal debt of $20 trillion, the debt has increased to $21.6 in a year and a half. Unfunded debts are approximately $100 trillion. In the event of a trade war, these numbers could skyrocket and increase the risk of inflation.

ORIGINAL SOURCE: Russia and China Are Stockpiling Gold By Tom Lewis  of goldtelegraph.com on 6/25/18