The gold price is indicative of gold demand. The idea that because individual gold coin sales are currently on the decline ignores the primary demand indicator, the gold price itself, up 31% from its trough in December 2015.

As noted by the chart, demand for gold peaked in September of 2011. Demand bottomed in December of 2015.

Wait a second, you say, those are prices! 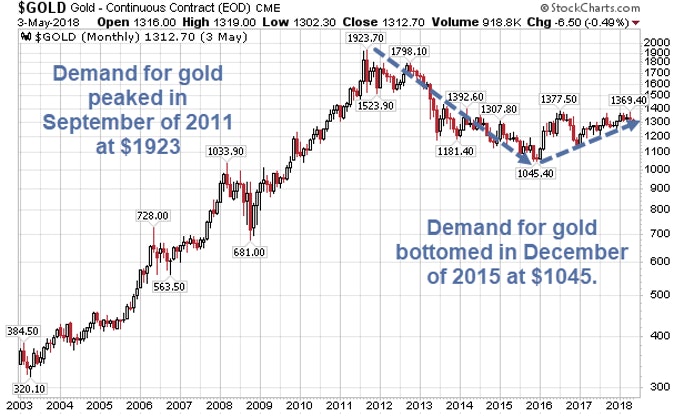 Yes, exactly. Unlike silver, which is used up industrially, nearly every ounce of gold ever mined is available for sale.

Someone has to own those ounces. The price of gold represents the demand for gold.

Gold is up 31% but retail investors are selling their coins. That's a major contrary indicator.

ORIGINAL SOURCE: Investing the Claim "Gold Demand Slumps to a 10-Year Low" by Mike Shedlock at The Maven on 5/1/18