Despite Having 94% Fewer People, German Exports Worth as Much as China’s

Here’s a basic world economic fact that will come as a surprise to many: Despite having a population that is about 6% of China’s (82M vs. 1.3B), Germany’s total annual exports are valued at about the same $1.2T.

Germans are positively obsessed with saving. They have a staggering €5.6T socked away, and hardly any of it is at risk, despite earning nothing in savings accounts; a mere fraction, €373B, is invested in stocks. They revere productive earnings and disapprove of debt and moneylending.

It is the sort of culture in which Volkswagen can publicly and arrogantly skirt emissions laws, violating laws that contribute to tens of thousands of premature cancer deaths due to toxic diesel-burning emissions, while getting caught red-handed gassing monkeys in an attempt to provide false data proving safety, a plan in which all top executives were complicit, then claiming not to understand why people think they did anything wrong. US criminal charges are met with a shrug by German authorities, who will not extradite.

With this sort of single-minded obsession with commerce at all costs, how much patience and tolerance do you think Germans will have when spend-now, worry-never, go-beg-Germany-when-it-al-blows-up economic fiascos like Italy use their common currency, the euro, as a scapegoat for their own past reckless spending? 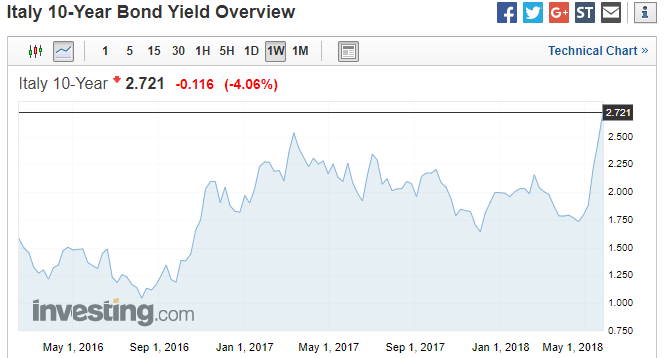 Papering over the structural imbalances in the Eurozone with endless bailouts will not resolve the fundamental asymmetries.

Beneath the permanent whatever it takes "rescue" by the European Central Bank (ECB) lie fundamental asymmetries that doom the euro, the joint currency that has been the centerpiece of European unity since its introduction in 1999. 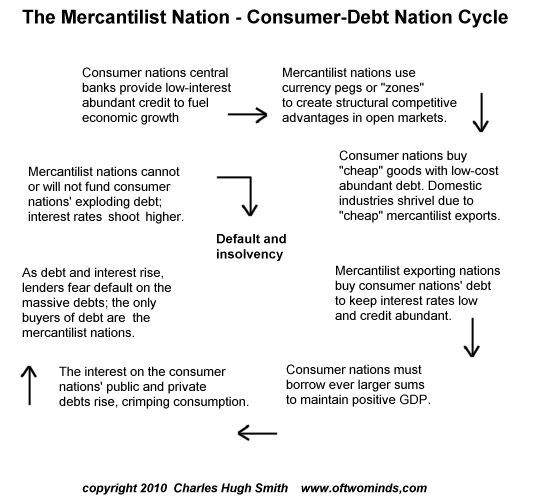 Germany's emphasis on exports places it in the so-called mercantilist camp, countries that depend heavily on exports for their growth and profits. Other (nonoil-exporting) nations that routinely generate large trade surpluses include China, Japan, Germany, Taiwan and the Netherlands.

While Germany's exports rose an astonishing 65% from 2000 to 2008, its domestic demand flatlined near zero. Without strong export growth, Germany's economy would have been at a standstill. The Netherlands is also a big exporter (trade surplus of $33 billion) even though its population is relatively tiny, at only 16 million.

ORIGINAL SOURCE: Why the Eurozone and the Euro Are Both Doomed by Charles Hugh Smith at Of Two Minds on 5/29/18