DiMartino Booth: “Credit Risk Has Been Underpriced for Years”

Danielle DiMartino Booth, having worked at the Fed for a decade, has special insight into the thinking and problematic practices that permeate the institution.

She reminds us that will all of the high-powered intellect trained on figuring where the markets were most vulnerable in 2008, it was Bear Stearns, which nobody was paying much attention to, that proved most vulnerable.

Looking back to the last crisis is instructive to understanding what the future holds. The Federal Reserve and other central banks extended overly accommodative monetary policy in the aftermath of the 2001 recession. Politicians, for their part, looked the other way as happy homeowners made for compliant voters.

As is always the case when interest rates are suppressed for far too long, nefarious behavior broke out in the credit markets. Asset price bubbles, especially in US residential real estate, formed and swelled to magnificent proportions. 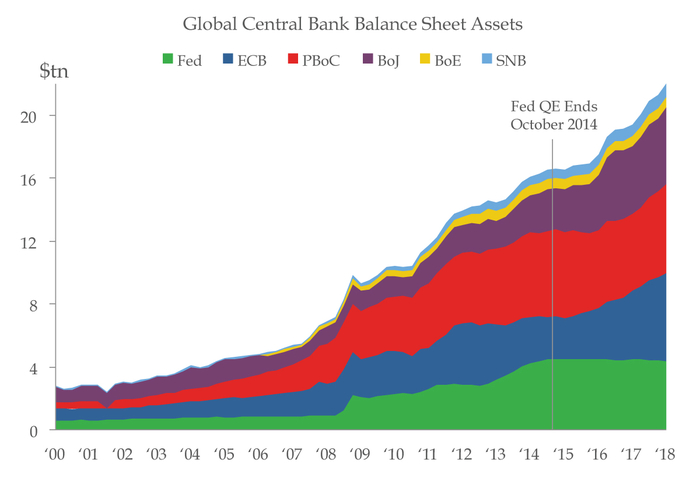 As we know, when distortions stunt the price discovery mechanism and obfuscate the consequences of risk-taking for protracted periods of time, bubbles burst, and outbreaks of contagion ensue.

At the outset of the last crisis, following Bear Stearns’ rapid decline, systemic risk mutated in the least expected places. It always does. For every teetering AIG and Citigroup, there was a BNP Paribas or Belgian Fortis that followed. On the brink of collapse, the financial system threatened to bring down the global economy.

Dollar flows and dollar-denominated debt are global phenomena. Furthermore, Jay Powell has stated that QT is not up for negotiation; it will continue to run in the background, come what may. Granted, this commitment may not be set in stone and would surely be revisited if Powell was convinced recession was imminent.

But will it be too late by then? Will contagion spread from one central bank balance sheet and one financial market to the next? If history teaches us one lesson, it is that “too late” often happens suddenly.

ORIGINAL SOURCE: The Great Contagion by Danielle Dimartino Booth at DiMartino Booth on 5/1/18