Remember 1987, when Gordon Gekko and his huge brick of a cell phone were lighting up the big screen in ‘Wall Street’? If not, you don’t remember the last time the dollar started a year performing as poorly as it is in 2018.

And while Michael Douglas used that monstrosity of a “portable” phone to opine to a bleary-eyed Charlie Sheen that “Money never sleeps,” while wistfully gazing out at the Atlantic Ocean, the USD is looking downright catatonic as it takes on water today: 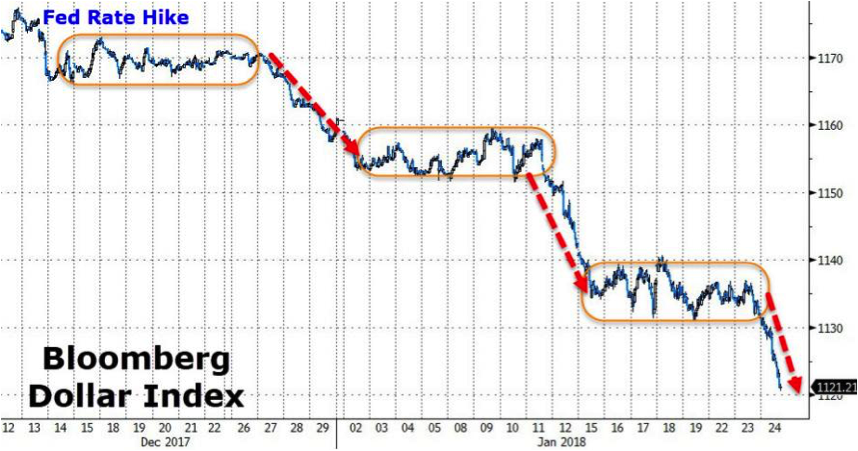 This most recent swoon extends the dollar’s recent steep losses and has it hitting lows not seen since December 2014: 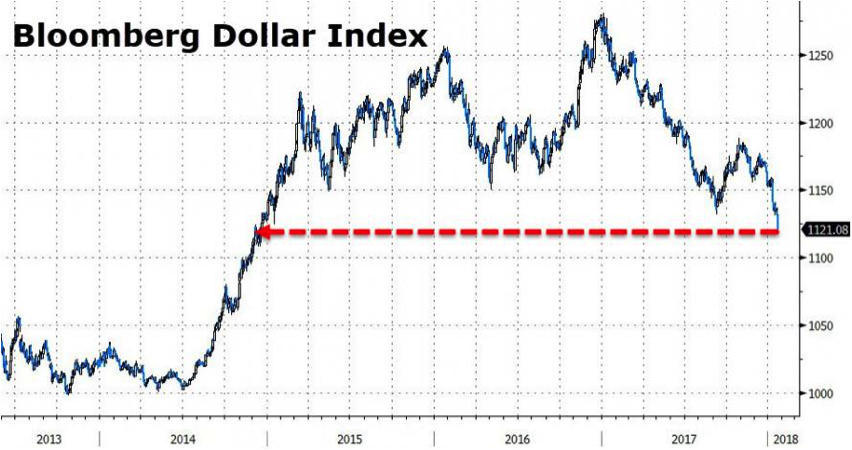 With US Treasury Secretary Steve Mnuchin openly touting a weak dollar’s benefit to the US economy, this new multi-year low may just be the first of many to come.