ORIGINAL SOURCE: Existing Home Sales Decline In December To 5.49M Units, Back To 2001 LEVELS by Anthony B Sanders of Confounded Interest 1/24/2017

As in our previous story, Is The Top In? - Flipping Houses Like It's 2006 All Over Again, something surely seem's amiss with evidence surfacing here and there. This is probably a good time to sell real estate rather than buy if the situation warrants it.

Anthony B Sanders does an excellent job of investigating the situation that i'm sure will have most readers highly interested on what possibly is shaping up to be another mess;

It seems like the US will never fully recover from the housing and mortgage credit bubble that began in 1995 and erupted in late 2007 and 2008.

Existing home sales in December declined to 5.49 millions units SAAR. That is a 2.8% decline. 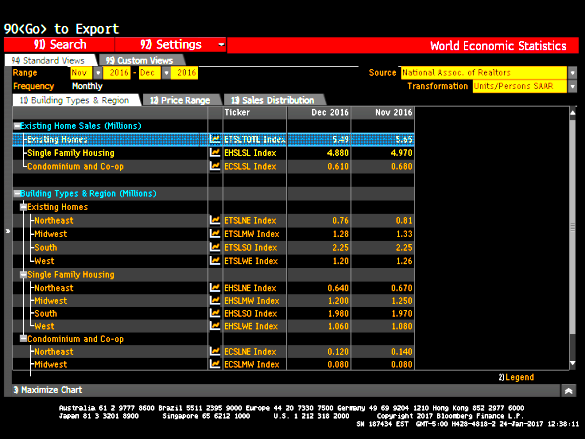 That is the good news. The bad news? It has been almost 8 years since the end of The Great Recession in June 2009 and existing home sales are now at … 2001 levels.  Despite The Fed’s zero interest rate policy and quantitative easing (asset purchases). 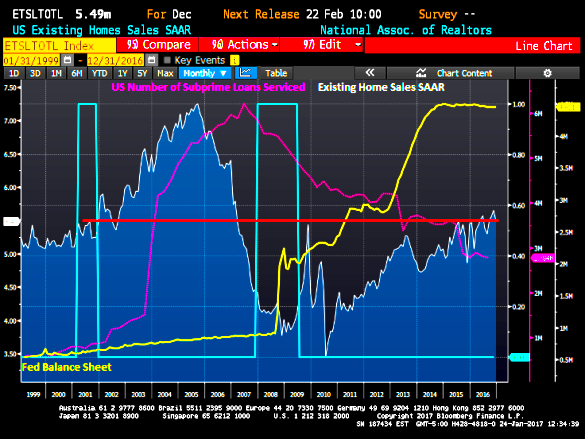 One reason for the slowness of the recovery? The disappearance of subprime lending (although there are still a boatload still being serviced).

Here is Alan Greenspan relaxing and singing “Damn it feels good to be a retired Fed Chair.”