This June, many the bed will raise rates. Or cut rates. Or leave rates the same. Maybe Jerome Powell will wear a blue shirt. Or a striped shirt. Or a white shirt.

All of those decisions will have the same sum-total efficacy in helping get our fiat-currency system fixed. The short-term obsessed markets and media will torture the decision to death with forecasts and then reactions; the market will almost certainly be volatile regardless of the decision.

And in the meantime, don’t forget that the entire system is a paddler in a canoe on Class V rapids heading toward a mile-high waterfall. You can tack right, you can tack left, or you can just go straight. The trajectory of the journey will change a little, but all paths end up at the same destination. 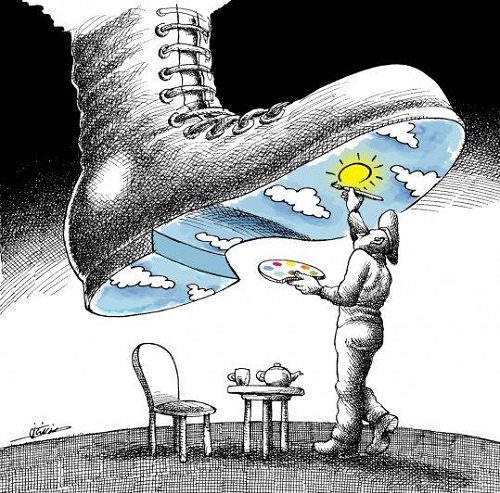 The next week will be packed with public statements from various Fed officials which may hint at how aggressive the central bank will be for the rest of the year in its tightening program. However, I think I can guess rather easily what they will do. The Fed has been sticking to its policy of interest rate hikes and balance sheet cuts as I predicted they would for the past couple years. Nothing has changed under new Fed chairman Jerome Powell.

I believe the June meeting will mark an important mid-year shift for the Fed into even more aggressive fiscal tightening. The mainstream media has been heavily pushing the idea that stagflation is now a true threat to the U.S. economy. This is a notion I actually agree with and have been warning about for quite some time.

As I mentioned in my article 'Stagflationary crisis: Understanding The Cause Of America’s Ongoing Collapse', when the mainstream finally admits to a specific fiscal threat which has been gestating for years, we should be concerned, because this likely means a crisis is already upon us.

The Fed will use talk of stagflation as a springboard for accelerated rate hikes, and more importantly, expanded balance sheet reductions. I have no doubt the Fed will raise interest rates again in June, which will disappoint the contingent of stock market traders who were hoping recent poor economic data would influence the central bank to back off. This is not going to happen.

ORIGINAL SOURCE: A Summer Of Disappointments Will Lead To An Extended Economic Crash by Brandon Smith at Alt Market on 5/24/18