First the Fed prints trillions of dollars and actively uses those dollars to manipulate markets, largely for the benefit of big banks.

Then those banks repeatedly and routinely exploit their own customers, lying and stealing, and are repeatedly caught. Their punishment? To share some of the profits they stole from their clients with the government by paying a financial penalty. It is nothing less than incentive to swindle.

Despite some cosmetic regulations to curtail certain risky behaviors, since the repeal of the Glass-Steagall Act in 1999, there is still no division between depositors’ funds and those used by banks for speculation.

The big banks continue to make massive trading bets, and corporations are still focused on buying back stock for short-term shareholder gains rather than reinvestment in their businesses. 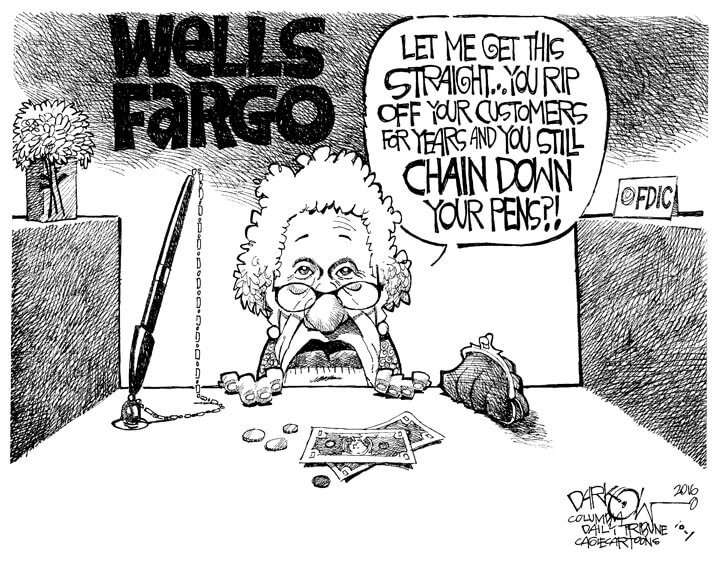 Since the financial crisis, not a single bank CEO has been seriously punished, despite the frauds and felonies committed by the biggest U.S. banks. If a person steals a car, he gets charged with a felony and likely goes to prison. If a big bank, like Wells Fargo recently, scams millions of dollars of phony fees from its customers, its CEO gets a raise.

Meanwhile, the government regulator in charge gets a promotion to a top spot in the Federal Reserve system.

By bringing back legislation like the Glass-Steagall Act that divides those two elements of banking, separating them into different institutions, we could keep banks from having greater influence on government. It would also help protect everyday citizens’ money.

ORIGINAL SOURCE: Central Banks: The Great Experiment Has Failed by Nomi Prins at Daily Reckoning on 5/8/18