Gold is Telling the World That Something is Wrong

It's no wonder Gold knows that's something is up especially in the face of overall higher dollar price and a stock market at all time high. Maybe the precious metals don't believe in the way overvalued/overhyped stock market. There is so much more than what's posted here that's brewing. Check out these headlines;

With Political stories abound like China warns U.S. against more patrols in disputed South China Sea, Putin: NATO keeps trying to draw Russia into confrontation, North Korea's Missile Threats to the U.S. May Not Be Empty for Long.

And on the economic side China's Holdings of Treasuries Dropped in 2016 by Most on Record, ECB Minutes: in Face of a High Level of Uncertainty at the Global Level, Bank of Japan Warns Low Rates May Start a New Financial Crisis and of course, Analysts warn of 1970s-style stagflation as US prices rise, industrial output falters.

From The Big Breakout  Blog;

Lately I cannot get over the action in Gold and Silver. The Metals will not budge on anything.

Correlation between $USDJPY and $DXY used to be Very high, now Metals are not moving. In fact the Yen devalues and Silver upticks. The dollar has bounced and gold is down for 10 minutes.

Gold is telling the world something. After the election and 2016 longs were unwound, gold has come back to a fair value and silver is leading the charge. This is very positive price action and is why I want to bring this up. Look at the charts. 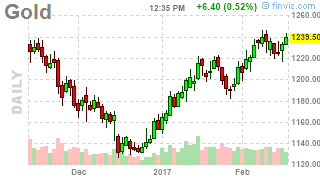 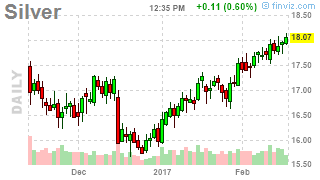 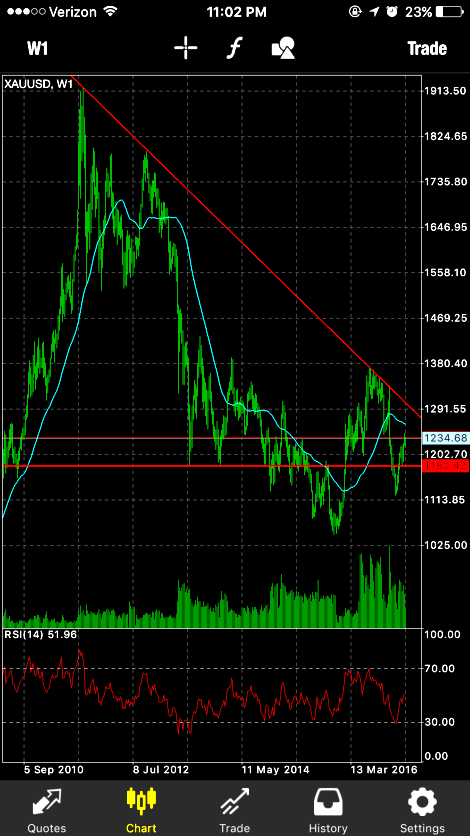