Inflation, Deflation, Stagflation: Whichever It Is Now, Gold Will Win

The one overarching, systemic change that would be a true threat to the long-term gold price would be sudden and lasting fiscal responsibility on the part of the government.

If everyone in both the executive and legislative bodies both woke up tomorrow and suddenly realized that unsustainable debt spending would inevitably destroy the dollar – as it has destroyed all fiat currencies that preceded it – that would be a game changer.

It would also be political suicide for those currently in office and usher in an era of no promises and lasting sacrifice. Unless you think this will happen, gold’s long-term prospects are bright indeed, and divining the shorter-term drivers of the gold price will be an interesting sidelight that is only of temporary importance.

What if the entire world of money is preparing for the wrong disaster — which would be a disaster in and of itself?

Since the financial crisis, Wall Street, central-bank heads, economists, and policymakers have been waiting for the return of inflation. At the beginning of this year, they thought they had found it. It came, so they thought, in the form of a weak dollar, wage growth, economic stability in China, and steadily rising interest rates. 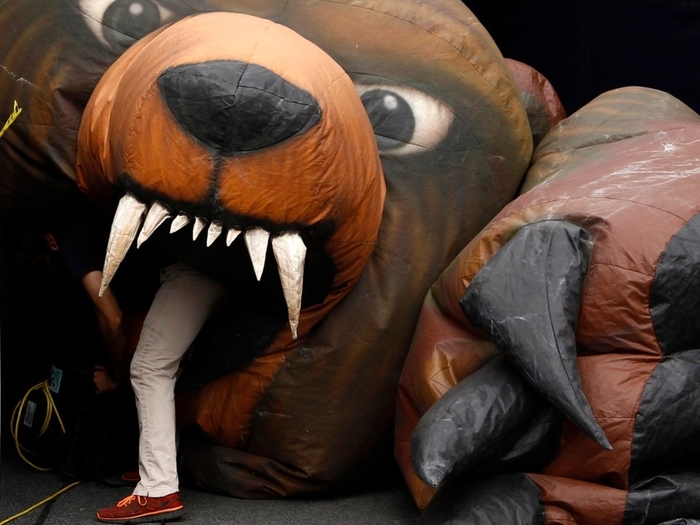 So here in the US, the Federal Reserve started talking about the importance of preparing to fight runaway inflation. In fact, it's obsessed with the idea. According to Deutsche Bank analyst Torsten Slok, the Federal Reserve is talking more about inflation now (in its minutes and in its reports) than it did in 2006 when the economy was actually overheating, right before the crash.

This, even though personal-consumption expenditures haven't grown by the Federal Reserve's 2% target since the financial crisis.

There's a lot of noise, from data revisions and Trump tweets, trade-war threats and hopes of growth from tax policy, a wobbling stock market, and rising interest rates. But when it comes down to it, the things that everyone is saying will be sources of inflation may not be sources at all.

Meanwhile, the weak dollar, wage growth, and a stable China elixir that got markets high in January have since faded. That should be a warning. If we play our cards wrong and pay attention to all the wrong signs, we may still be in a world tilting dangerously closer to our old enemy, deflation.

ORIGINAL SOURCE: What if Wall Street is waiting for the wrong disaster? by Linette Lopez at Business Insider on 5/16/18