It’s been three decades since we’ve had a worst-case-scenario, stagflationary recession. It’s coming. And as the Fed raises rates to temper the pricing effects of the very market bubbles it engineered in the first place, it threatens to choke out any semblance of real growth there is.

It’s very important for gold, bond, and stock market investors to stay focused on the main fundamental price drivers and ignore what may feel exciting but is largely irrelevant to price discovery. Citizen demand from China/India and US central bank policy are the main price drivers for gold.

From 1960 to 1980, US recessions were generally inflationary, and the Fed raised rates during that period. Since then, recessions have carried a deflationary theme, and interest rates have fallen.

In 2013 I began suggesting that the Fed was going to end its deflationary QE and rate cutting programs. A new era of rate hikes and quantitative tightening would begin, resulting once again in inflationary US recessions.

I’ll dare to suggest that America is now poised to experience its first inflationary recession in almost three decades. Importantly, this is happening while Chinese and Indian citizen demand for gold is beginning to rise after a multi-year lull. 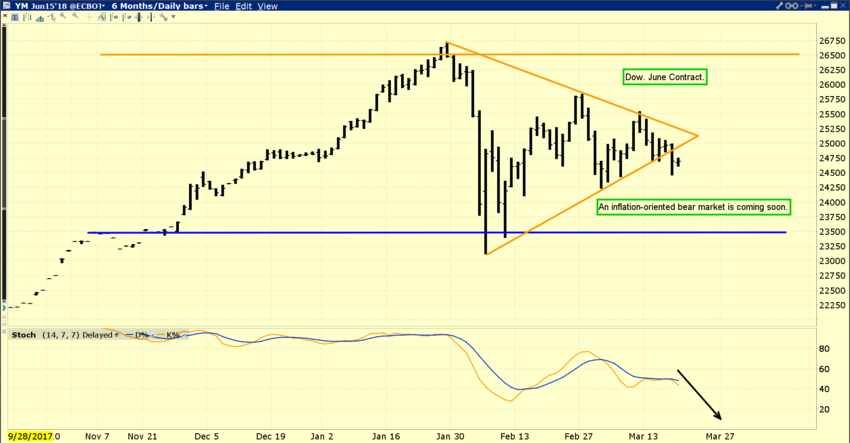 I chart sixty major US stocks, including all thirty Dow Jones Industrials Average component stocks. What I’m seeing is a major breakdown in the health of the market. The market is being carried by fewer and fewer stocks.