Medicare Will Be Broke in 8 Years, Nobody Cares, Everybody Should

If there is such a thing as a national narcotic in the US right now, it is something available in abundance and provided for free by both the government and mainstream media: a false sense of security.

So potent and pervasive is this stuff that when last week’s report from the trustees of the Social Security and Medicare plans came out announcing that Medicare would be broke in 8 years and Social Security zeroed out by 2034, they were met with yawns and shrugs.

Because the greatest incorrect assumption of all, that the US government can simply go further into debt forever, has moved beyond mass misunderstanding of math and economics to the realm of accepted political doctrine. Spending increases and taxes are cut while the government spends more than a trillion dollars a year it doesn’t have.

But who cares? The mighty US dollar, printed with such abandon, representing empty promises of repayment we can never possibly make, with nothing standing behind it but the talk of lying politicians, will carry us through. Never mind that this playbook has been run countless times and has always ended in disaster.

The few who possess the faculties of critical thought (or even the ability to assume that this well-worn VHS tape of past fiat currency mistakes will end exactly as it always, always, always has) requisite to not take their place in the lemming line heading toward the cliff’s edge earn an important and valuable prize.

You get to invest in stores of true value that have withstood the test of time and outlasted every other historical attempt to evade the fact that all fiat currencies fail. Being proven right on a generational scale is likely to be coupled with nearly inconceivable investment return gains, the sort physical metals have not seen since the advent of this sham, the non-gold-backed US fiat dollar, in 1971. 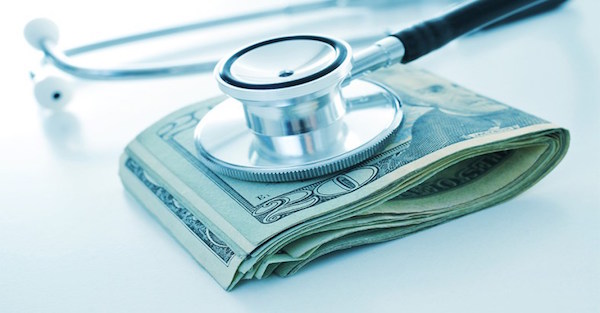 Two days ago the respective Boards of Trustees for Medicare and Social Security released their annual reports for 2018.

As usual, the numbers are pretty gruesome… and the reports plainly stated what we’ve been talking about for years: the trust funds for both Social Security and Medicare are going to run out of money. Soon.

In the case of Medicare, the Trustees project that its largest trust fund will be fully depleted in 2026, just eight years away. In the context of retirement, that’s right around the corner.

A number of newspapers tried to play down the bad news, dismissively telling their readers that Social Security and Medicare are just fine, and that those sobering projections don’t matter.

These are common refrains. They’ll state, for example, that there’s nothing to worry about because the government will step in and bail out the programs.

Is that so? Well, who is going to bail out the government?

ORIGINAL SOURCE: It’s official: Medicare trust fund will run out of money in 8 years by Simon Black at Sovereign Man on 6/7/18