Millennials Out of UK Housing Market; 19 Years to Save Down Payment

The asset price bubble, the Everything Bubble, fueled by central bank fiat printing and wild speculation, has real-world consequences.

If you’re 30 years old and in England, you’re four times as likely to rent than own vs. your Baby Boomer counterpart when they were that same age.

As risk asset prices have roared away (all that free money sloshing around has to go somewhere) and wages have remained relatively stagnant, housing affordability have become a farce. 19 years to save for a down payment on a house? 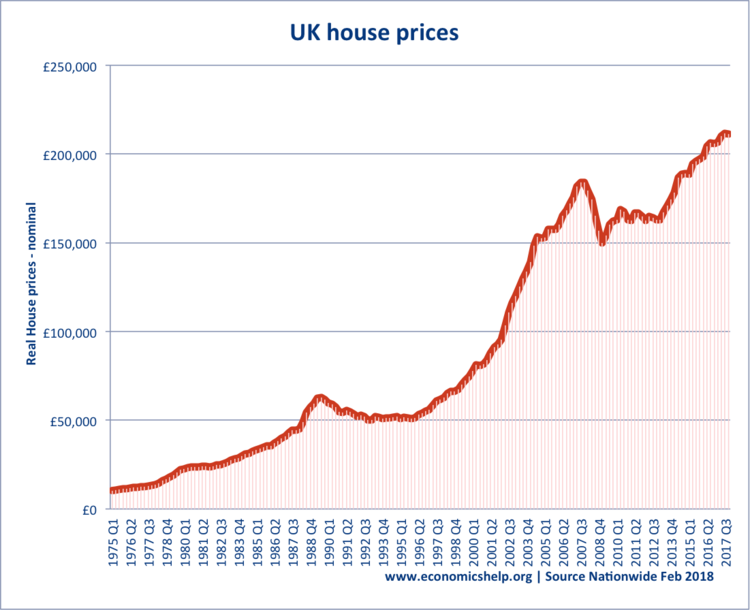 Millennials, classed as those born between 1981 and 2000, are half as likely to own a home at the age of 30 as baby boomers because of higher prices, low earnings growth and tighter credit rules. In the 1980s it would have taken a typical household in their late 20s around three years to save for an average-sized deposit. It would now take 19 years, the analysis shows.

Almost two-fifths of millennials rent privately at 30, double the rate for Generation X, born between 1966 and 1980, and four times the rate for baby boomers – born after the war until 1965 – at the same age.

Interest and tax rates fell from 1980 to 2016 and levered asset prices went along for the ride in a series of boom/bust cycles as the boomers aged and debt levels skyrocketed worldwide.

That magic is now over and the secular payback period is arriving in the form of deflating asset prices, higher savings rates, less consumption, weaker economic growth and higher property and consumption taxes.

We cannot have cake and eat it too, never could.

ORIGINAL SOURCE: Asset bubbles and the payback period now upon us by Danielle Park at Juggling Dynamite on 4/30/18