“During the 1980s and 1990s, most industrial-country central banks were able to cage, if not entirely tame, the inflation dragon.” —Ben Bernanke

Inflation isn’t a dragon. Inflation isn’t a singular thing that responds in a direct, visible, obvious way to any one thing a central banker does. In the pantheon of ridiculous and self-congratulatory Fed speeches, Ben Bernanke’s renowned laugher, the 2002 “helicopter speech,” is an object lesson in misguided hubris.

Ben Bernanke began his oft-cited “helicopter speech” in 2002 with a few kind words about his peers, including the excerpt above. Speaking for central bankers, he took a large share of the credit for the low inflation of the 1980s and 1990s 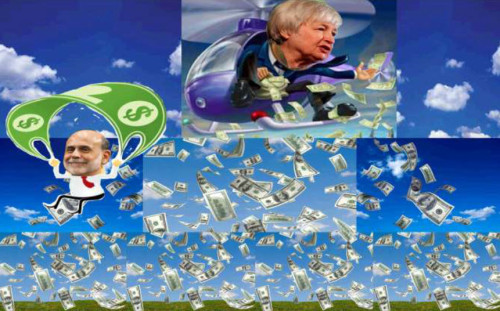 Central bankers had gained a “heightened understanding” of inflation, he said, and he expected the future to bring even more inflation-taming success.

Of course, Bernanke’s cohorts took a few knocks in the boom–bust cycle that followed his speech, but their reputations as masters of inflation (and deflation) only grew. Today, the picture he painted seems even more firmly planted in the public mind than it was in 2002, notwithstanding recent data showing inflation creeping higher.

I recommend being wary of economists claiming to have everything figured out, whether they claim to have tamed the business cycle or, our topic here, inflation.