Due to a surge in demand, all products are back-ordered up to 12 weeks and there is a temporary $1,000 delivery order minimum. Learn more
Phones are open 10-5 ET today.

Musical chairs is musical chairs, whether you’re listening to the Insane Clown Posse or the Vienna Philharmonic. And if you’re at the very high end of the global financial food chain, say, a Swiss pension, you understand that exposure to gold on paper is not the same as owning physical gold.

As Deutsche Bank continues to struggle, all eyes are on its twice-the-size-of-world-GDP derivatives book. If a bank has any inkling one of their holdings might be subject to Deutsche Bank making good as a counterparty, it makes a whole lot of sense to exit that swap and replace it with something more sound.

Nothing is a more reliable store of value than physical gold. If you own it, you own it. Every bank in the world could fail tomorrow. You’d still own it. And it’s a safe bet it would be worth a whole hell of a lot more than it is today. Follow the lead of the Swiss social insurance pension fund: Invest in physical gold, not someone else’s paper obligation to someday, somehow, pay you in physical gold. 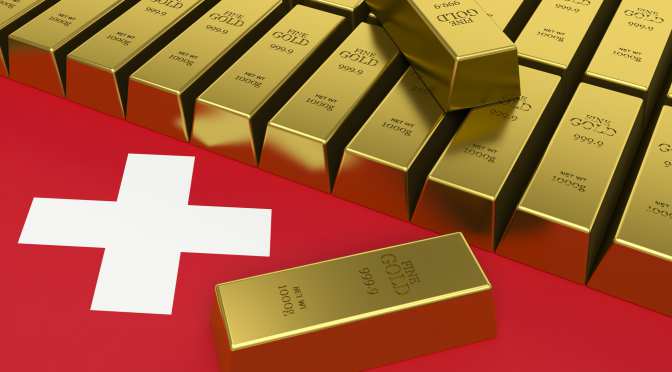 "The supervisory board has decided we are to invest in physical gold bars from now on," the fund told IPE in a statement.

In 2016 the supervisory board of the buffer fund decided to raise its the commodities exposure from 1 to 2 percent while divesting from energy-related commodity exposure.

The fund explained last year that gold was better suited to add "diversification and hedging in certain situations (inflation or recession)" than the previously preferred energy commodities.

In March the investment committee confirmed the decision to change the precious metal mandate from swaps to physical gold.

Will Coronavirus End the Fed?

Pelosi Begins Drawing Up Next Round of Virus Stimulus: Bloomberg

There's Further to Go Until This Market Correction Is Over

Is the Meltdown Over? - Gold Silver Market Update with Mike Maloney

What If We Had A Gold Standard System, Right Now? Forbes

The Next Financial Crisis: A Collapse of the Mortgage System

The Monetary Abyss Stares Back and Asks Who’s Next?: Luongo

What Happens as State and Local Tax Revenues Crater?

Dollar May Be Set for Another Damaging Bout of Strength