The Fed Has Forgotten the Lessons of 2008, but Big Banks Haven’t

Wall St. banks, far from having forgotten the important lessons of 2008, have built an entire industry’s business model upon them.

Get as big as you can, borrow as much as you can, use as much leverage as possible, and take on much risk as you can to chase outsized returns and huge earnings while the Fed-stimulated economy rolls along.

And when it all comes crashing down? Who cares? You and your bank will get bailed out. Presto. Not your problem, not your crisis.

A few days ago, Neel Kashkari, president of the Minneapolis Fed, told attendees at an event at Howard University that Wall Street is “forgetting the lessons of the 2008 financial crisis“:

Financial crises keep happening “because we forget how bad they were,” he added. 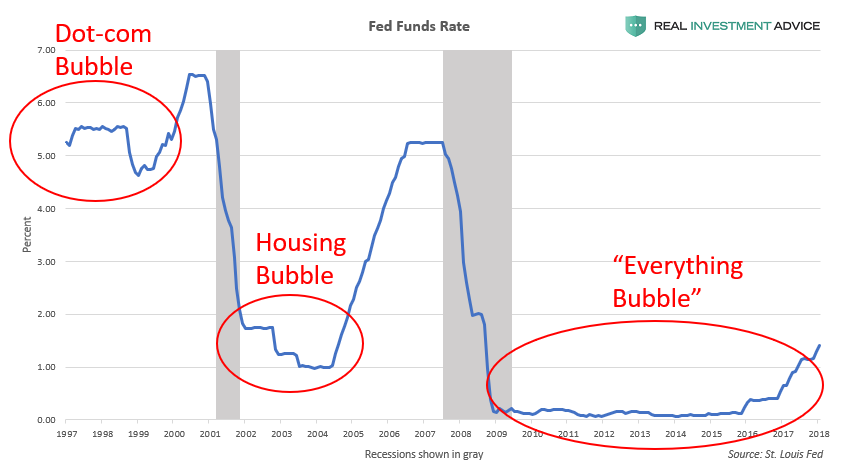 While I agree with Kashkari that Wall Street is forgetting the lessons of the 2008 financial crisis (and is participating in the development of another dangerous economic bubble), he seems to be absolving the Federal Reserve of its massive responsibility for inflating the mid-2000s U.S. housing and credit bubble as well as the current “Everything Bubble” that I am warning about.

Make no mistake: by holding interest rates at artificially low levels and pumping large amounts of liquidity into the financial system, the Fed plays the primary role of creating bubbles – not Wall Street.

ORIGINAL SOURCE: The Fed Has Forgotten The Lessons Of 2008 by Jesse Colombo at Real Investment Advice on 4/19/18