We have all become inured to the Fed’s bizarre inflationary mantra, it’s publicly stated goal of engineering an American financial environment in which inflation runs at a steady 2%. In a remarkable feat of non-logic and linguistic gymnastics, it is actually brazen enough to say, flat out:

"The Federal Open Market Committee (FOMC) judges that inflation at the rate of 2 percent (as measured by the annual change in the price index for personal consumption expenditures, or PCE) is most consistent over the longer run with the Federal Reserve's mandate for price stability."

What? If you go to your doctor and tell him “I have decided that gaining 2% of my body weight every month is most consistent over the longer run with my mandate for weight stability,” he would hopefully explain to you, in a worried and patient fashion, that starting at your now-healthy weight of 175 pounds, you’d weigh 346 in just two years.

Forget the fact that the Fed is out-and-out incapable of making this happen. It’s not that easy to simply conjure 2% inflation. Which is good, given how destructive that would be over time.

Further, the Fed has no choice but to say that they want inflation because the lion’s share of their policy is based on diluting fiat currency. And that, not prices moving higher, is the literal definitional of inflation. Which is the root cause of endlessly higher prices, which inevitably culminate in catastrophic hyperinflation as public confidence in steadily-then-suddenly-becoming-worthless paper money unravels.

All else being equal, why on Earth would the Fed actively desire to see prices rise over time? Wouldn’t the best scenario involve steady prices?

Of course. But this is one of the many situations that gives the lie to the Fed’s reason for existence. The Fed does not exist to serve the American people. The Fed exists to make money for its member banks.

Don’t believe the Fed’s PR whitewash. Don’t accept its own non-answers about whether or not it is a for-profit private company (“Yes and no.” Or “No.” Or “Yes” — member banks hold stock in the Federal Reserve Banks and earn dividends.) The Fed’s own websites contradict themselves as they attempt to obfuscate and warp the simple and ugly truth.

It is privately owned and exists for the benefit of very, very few. It controls a great deal of the economics of your life and future, and its contradictory and manipulative policies spell suffering for everyone who isn’t one of the owners of this Ponzi scheme. The owners which you are not allowed to know. 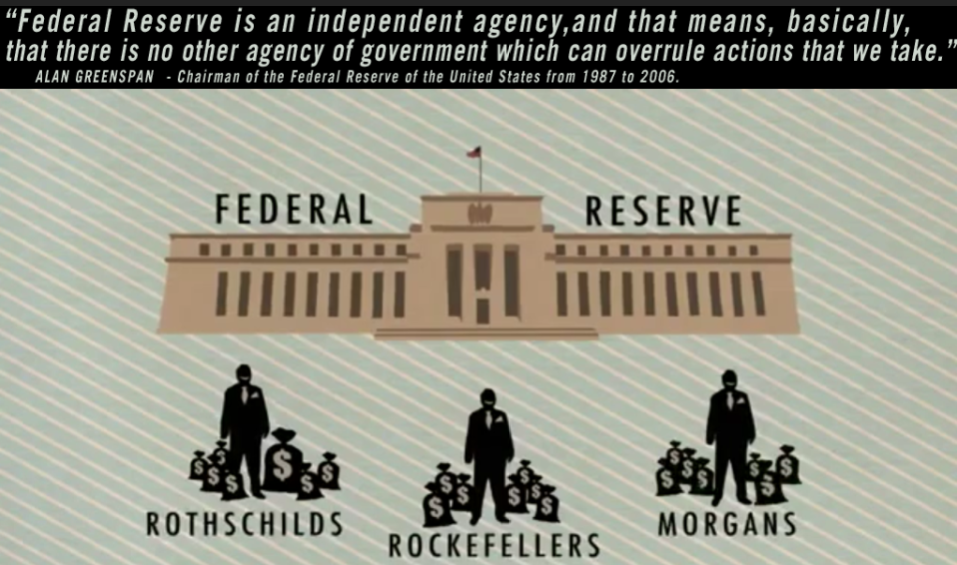 At one time, the Federal Reserve’s sole mandate was to maintain stable prices and to “fight inflation.” To the Fed, the financial press, and most everyone else “inflation” means rising prices instead of its original and true definition as an increase in the money supply. Rising prices are a consequence – a very painful consequence – of money printing.

Naturally, the Fed and all other central bankers prefer the definition of inflation as a rise in prices which insidiously hides the fact that they, being the issuers of currency, are the real culprit for increased prices.

Be that as it may, the common understanding of inflation as rising prices has always been seen as pernicious and destructive to an economy and living standards. In the perverted world of modern economics, however, the idea of inflation as an intrinsic evil has been turned on its head and monetary authorities the world over now have “inflation targets” which they hope to attain.

The laws of economic science have not been repealed. An inflation target will lead to the impoverishment of not just workers, but lower living standards for all.