The Latest in a Long Line: The USD’s Inevitable Fiat-Currency Failure

History and memory are funny things. While we can read history and know, intellectually, that things happened, we don’t really internalize that comprehension. When we actually feel the pain of mistakes, we earn memory, which is a valuable bank upon which to draw so we don’t repeat avoidable errors.

Fiat currencies have been tried again and again and again and again throughout history, and they always fail. But because the vast majority of Americans can’t remember a time when America didn’t seem like the immortal ruler of the world, they simply can’t imagine a state of reality where that is not the case. 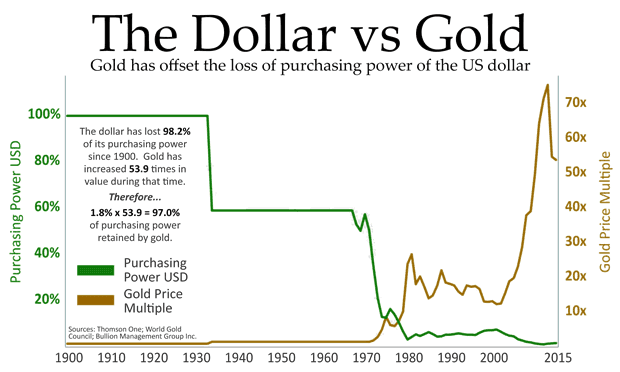 Physical gold, invulnerable to attempts to inflate its supply, holds value. Always has, always will. The US dollar, in the footnotes of history, will end up just another example of what happens when a nation’s hubris makes it believe it can fool you into thinking nothing is worth something forever.

Apart from cryptocurrencies, all the world’s major countries are using fiat currency. Since Roman times, fiat money has failed spectacularly throughout history due to the same pattern of rapid devaluation and then total collapse.

Approximately 97% of the Western money is printed randomly as needed, in effect creating play money. If the system falls, it will be the fall of a monster. When banks try to call in their huge fiat debts, it could cause an avalanche of repercussions. The elite will be safe, but the vast majority will be left in dire straits. Perhaps digital payments will take the place of paper currency. The global monetary future is still developing, but drastic changes are inevitable.

ORIGINAL SOURCE: The Failure of Fiat Currencies by Tom Lewis at The Gold Telegraph on 2/26/18